You could buy R2-D2's Rolls-Royce 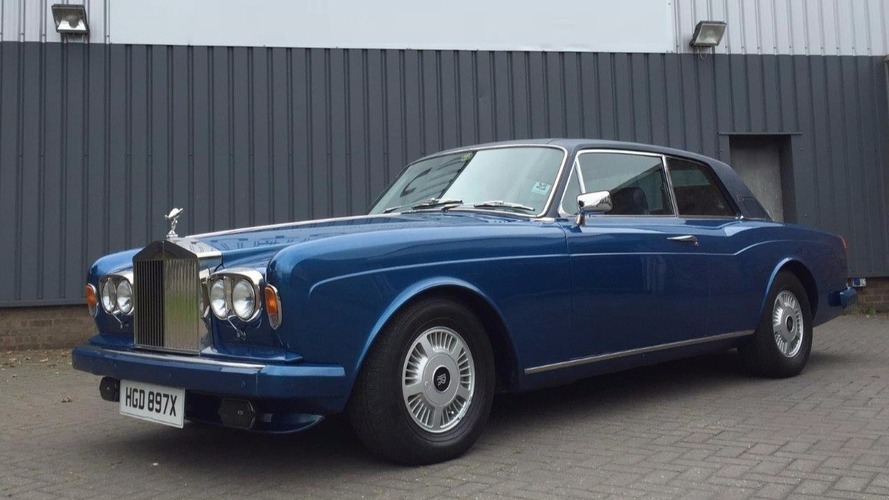 Actor Kenny Baker's 1982 Corniche goes to auction in the UK.

A unique piece of Star Wars memorabilia goes to auction in the UK later this month: R2-D2’s 1982 Rolls-Royce Corniche Coupe.

R2-D2 was in fact actor Kenny Baker, who sadly died last month. He portrayed R2-D2 in six Star Wars films, operating and bringing life to the droid. A long-time Rolls enthusiast, he bought this one in 2002 and used it as his daily driver for four years.

Standing just 3 feet 8 inches (112 centimeters) tall, Baker had the car specially adapted so he could drive it. A pile of sturdy cushions was stacked on the driver’s seat, and a pair of 2 feet (60 cm) long wooden blocks were fixed to the pedals. The blocks are long gone, but the holes drilled into the pedals to attach them are still there. The only other modification from standard is a rather ugly wooden Momo steering wheel.

The Corniche name was first used on a pre-war prototype. Rolls-Royce finally put it into production in 1966, attached to the Silver Shadow sedan-based coupe and convertible.

“Sufficient” power came from Rolls’ legendary 6.75-liter V8 engine - which is still found in the Bentley Mulsanne. It went through a number of facelifts but remained largely unchanged in a staggering 29-year tenure, which makes it the longest-lived model in all of Rolls-Royce history.

Baker’s car is one of just 1108 coupes built in a total production run of 6254. According to auction house CCA, it is need of a little love, but comes with a comprehensive history file to back up its 76,500 miles. Four owners, including Baker, are shown on the log book.

1980s Corniches seem to be under-appreciated by the market. With their impact-absorbing bumpers, they're not as handsome as earlier cars, and they don't have the technology of later cars. This one is estimated at £32,000 to £36,000 ($44,200 to $47,500), which is as much they tend to do for. It'll be interesting to see if its celebrity history adds to the value.

The sale takes place on September 24 in Leamington Spa, England.