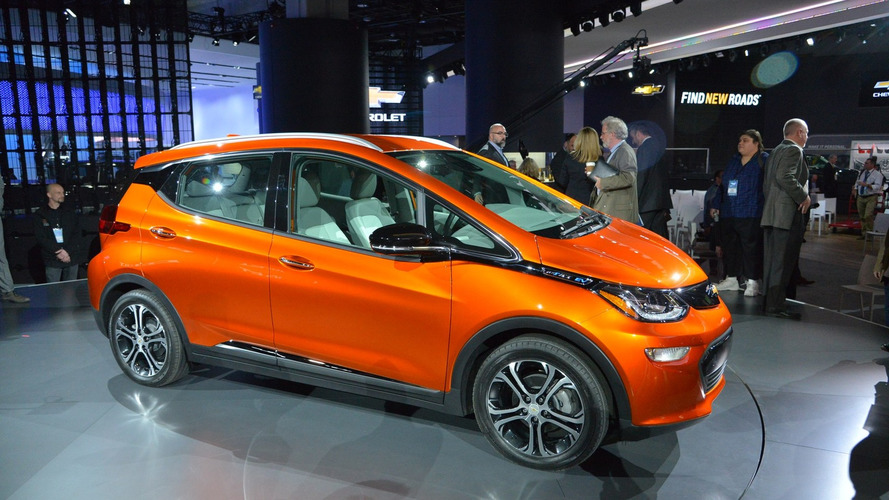 Shaping up to be quite the adversary of the upcoming Tesla Model 3.

It was only yesterday when Chevy released the EPA numbers for the 2017 Bolt EV, and now the first test drive reports are indicating the 238-mile range might have been significantly underrated. The folks from Los Angeles Times had the opportunity to take a prototype for a spin and drove the all-electric hatchback for 240.5 miles (387 kilometers), with the Bolt’s trip computer showing the battery pack still had enough juice for an additional 50 miles (80 km). That would bring the total to an impressive 290 miles (467 kilometers), well above EPA’s estimation.

Car & Driver also had the chance to test the Bolt and they drove it for an EPA-matching 238 miles, with the range estimator showing at the end 34 miles (55 km), thus bringing the total to 272 miles (438 km).

The peeps from Wired hopped inside a pre-production car for a trip that lasted 239.9 miles (386 km) and at the end of the test drive the battery still had enough juice for 23 miles (37 km). That means the 60-kWh battery installed by Chevy would have allowed the Bolt to cover 263 miles (423 km) before running out of energy.

In addition, Green Car Reports drove another Bolt and managed to achieve 240 miles (386 km) on a single charge and they say there was still some life in the battery.

For the sake of comparison, its main rival, the Model 3, has been rated by Tesla at 215 miles (346 km), so the Bolt should prove to be a more than viable alternative at a similar asking price. While the Model 3 will kick off at $35,000, Chevy’s electric car is going to cost less than $37,500, with both prices excluding any available incentives. The Bolt will also have the advantage of being the first to hit the market early next year, whereas customer deliveries of the Tesla Model 3 are not scheduled to commence until late 2017.

Let’s not forget the Chevy Bolt is also heading to Europe where it’s going to be sold starting next year as the Opel Ampera-e. The only bad news is the car has not been engineered for RHD markets, so as a consequence it won’t be offered in U.K, even though Vauxhall has announced plans to test the car on British roads.