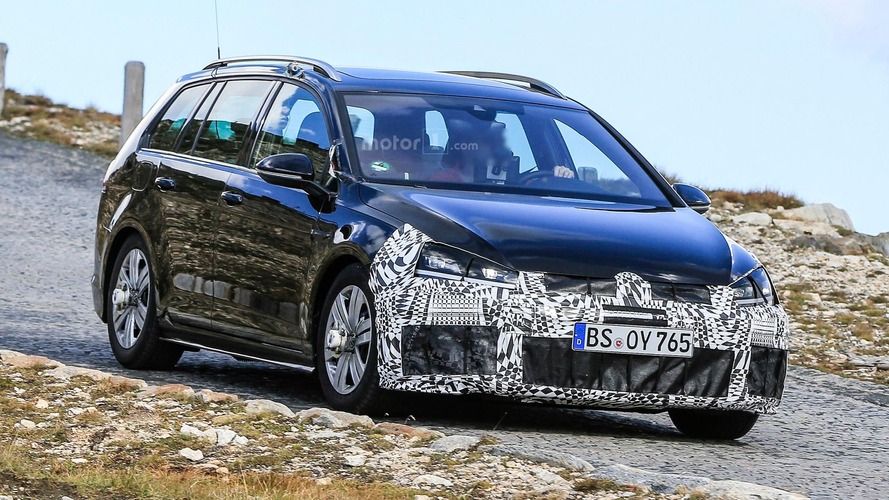 The wires sticking out of the Golf R Variant's hood might indicate some upgrades to the engine.

With the 310-hp GTI Clubsport S (aka the “Lord of the FWD ‘Ring”) about to hit the streets, VW needs to restore the power order in the Golf lineup. The outgoing version of the all-paw R has “only” 300 hp on tap, so it needs to muscle up and regain the crown as the flagship version of the range. It should happen with the upcoming facelift of the Golf seeing as how the lightly camouflaged prototype of the R Variant had some wires coming out of the hood and entering the cabin through the front passenger’s door. In addition, the wheels had some sort of measuring devices, while on the inside there was a computer monitoring the car’s behavior.

These are likely all signs of an upgraded turbocharged 2.0-liter, four-cylinder engine to make things right once again in the Golf family. It’s unclear at this point whether the R400 concept will indeed spawn a production version, because last time we heard the high-powered hatch was canned as a casualty of the Dieselgate. If it’s indeed back on the agenda, it might even be called R420 and offer as the name implies an impressive 420 horsepower.

Beyond the changes underneath the hood, the Golf R along with the lesser models is going to feature slightly modified bumpers and new full LED headlights and taillights. The regular model and the spicy GTI have already been indirectly revealed courtesy of some unofficial renders based on screenshots from an upcoming version of the car’s infotainment system.

The interior cabin has also been uncovered already in the very same way, showing that it will remain basically the same, with the exception of a more generous 9.2-inch touchscreen for the infotainment system. In addition, the facelifted VW Golf might gain an optional all-digital instrument cluster in the same vein as the 12.3-inch Active Info Display available for the Passat.

Further down the line, at one point next year VW will retire the familiar 1.4 TSI and 1.6 TDI engines to make room for a 1.5-liter unit in both gasoline and diesel flavors. These won’t be all-new, as VW has already announced the two are going to be evolutions of the existing engines featuring an increased efficiency and a lightweight construction.

Meanwhile, expect the facelifted Golf range to show up in Paris at the end of the month and go on sale before the year’s end.