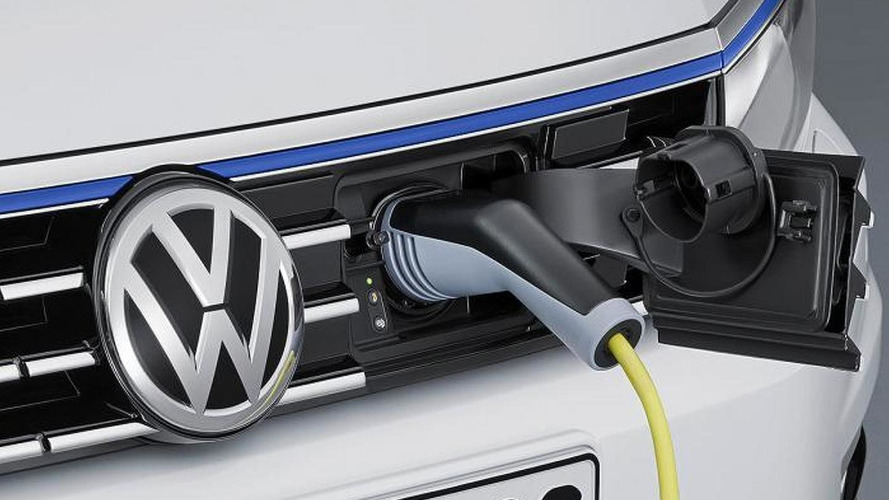 Volkswagen has a bevy of electric vehicles on the way, and we should get the first preview of what to expect from a concept premiering at the Paris Motor Show.

Volkswagen will debut a new EV concept at the Paris Motor Show in a few weeks, and it will showcase the brand’s commitment towards improving electric mobility through a family of upcoming models. These future products will be on sale in the next few years and some will boast a NEDC-estimated range as high as 372 miles (600 kilometers). According to Auto Express, the German automaker dropped a few details about the EV range during a recent press conference, and the company positioned the upcoming concept as a revolutionary product on par with the classic Beetle and original Golf.

Like the Budd-e concept, the vehicle in Paris will ride on VW’s MEB platform that will underpin its upcoming family of EVs. According to Auto Express, these models will offer at least a 248-mile (400-km) range and the chassis will support drivetrains that will travel as far as 372 miles. Even the minimum figure will equal the driving distance from the Chevrolet Bolt, and the amount will potentially even beat Tesla’s target for the Model 3.

VW brand boss Herbert Diess discussed the concept for the Paris show a few weeks ago. He indicated it was a near-production prototype for a Golf-sized model that would offer interior room on par with the Passat. Diess suggested the vehicle's debut in showrooms would be in early 2019, but Auto Express’ report claimed a production start in 2019 and sales commencing in 2020

According to Diess, Volkswagen's EV model family will eventually include this Golf-sized vehicle, a compact CUV, the production Budd-e, and a Phaeton replacement. The company will aim for them all to be on sale by 2025. As if that timetable won't be hard enough to achieve, at least one will allegedly undercut the equivalent Golf in price, too. Executing that part of the plan will require large-scale MEB production, possibly across several of VW Group's brands.