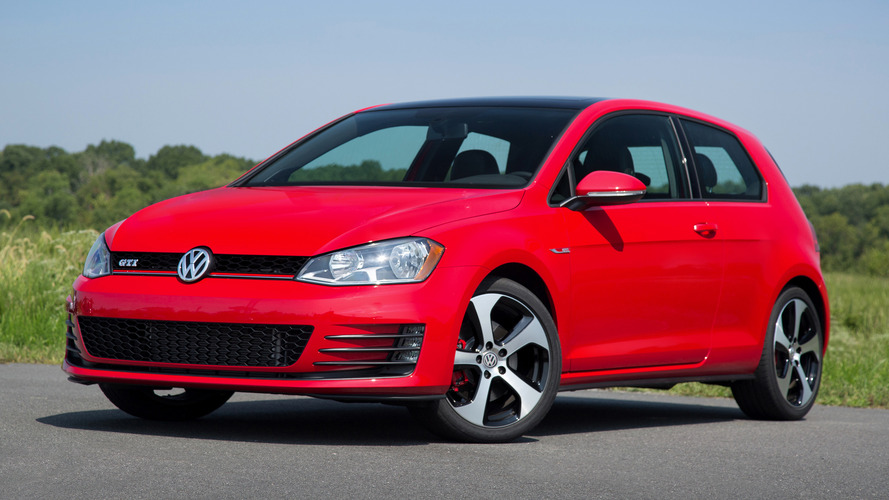 You probably won't even notice.

I can't think of a single reason to buy the two-door Volkswagen Golf or GTI over the more functional four-door counterpart. And apparently I'm not alone. In fact, so many people have overlooked the two-door models that Volkswagen is discontinuing them for the 2017 model year, meaning that from now on, all versions of the Golf will have four doors (plus a hatch).

Volkswagen confirmed this news to Car and Driver during an event this week, and that report is backed up with a glance at Volkswagen's online vehicle configurator. When you go to build a 2017 model year GTI, for example, only the four-door is offered. But if you toggle back to the 2016 model year, two-door options appear. The Golf news was detailed during the company's 2017 model year updates, but the two-door GTI was expected to stick around for 2017, albeit in base trim only.

"The trend is clearly shifting towards four-door models," Volkswagen's North American marketing chief, Hendrik Muth, told Car and Driver. The company wasn't even keeping them in stock at dealerships most of the time, either. In the 2016 model year, for example, a two-door GTI was an order-only option.

The all-electric e-Golf and high-performance Golf R are only sold as four-doors in the U.S. In its previous generation, the R was also available as a two-door in our market.

Volkswagen previously announced a new Sport trim for the 2017 GTI, indicating that it'll only be offered with the four-door body style. The Sport model slots between the S and SE trims, and comes standard with the Performance Package, xenon headlights, LED running lights, push-button start, and black mirror caps.

In any case, Volkswagen sold so few two-door Golf/GTI models that you probably won't even notice their departure. Trust me, the four-door version is the one to get, anyway.