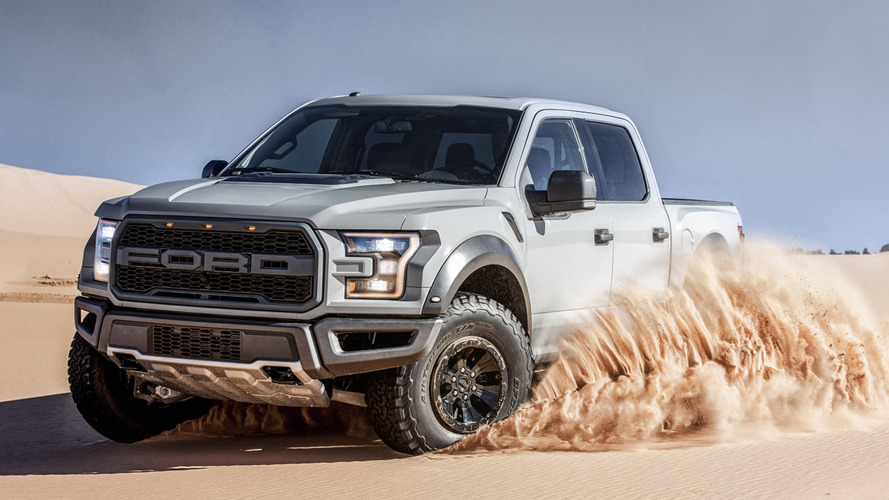 The 2017 Ford Raptor gets more power and more torque than the outgoing model.

It seems like the teasing campaign never ends for the 2017 Ford Raptor. First introduced at the North American International Auto Show in Detroit in 2015, more than a year later, and we now have our first true performance details for Ford’s new Raptor. And enthusiasts should be excited.

The leaked performance figures come by way of FordRaptorForum.com, and show the Raptor pushing out 450 horsepower (335 kilowatts) at 5,000 rpm and 510 pound-feet of torque (691 newton-meter) at 3,500 rpm. Of course, power comes courtesy of a second-generation 3.5-liter EcoBoost V6 paired to a new 10-speed automatic, replacing the out-of-date 6.2-liter V8 and six-speed automatic.

All that extra power represents a significant increase over the outgoing model. A respectable 39 extra horsepower (29 kilowatts), an impressive 76 extra pound-feet of torque (103 newton-meter), and towing capacity now sits at 8,000 pounds (3,628 kilograms), a slight increase over the previous generation.

The biggest new feature comes in the aluminum bodywork, standard on all F-150 models. Pair that to a beefy high-strength steel frame, off-road suspension and tires, and the new Raptor is 500 pounds lighter than the outgoing version, but more capable than ever before.

Things like payload and mpg have yet to be listed, though know it will be an improvement over the old truck’s 11/16/13 city/highway/combined mpg. The 2017 Raptor will go on sale towards the end of the year, with the SuperCab starting at $48,325, and the SuperCrew will start at $51,310.