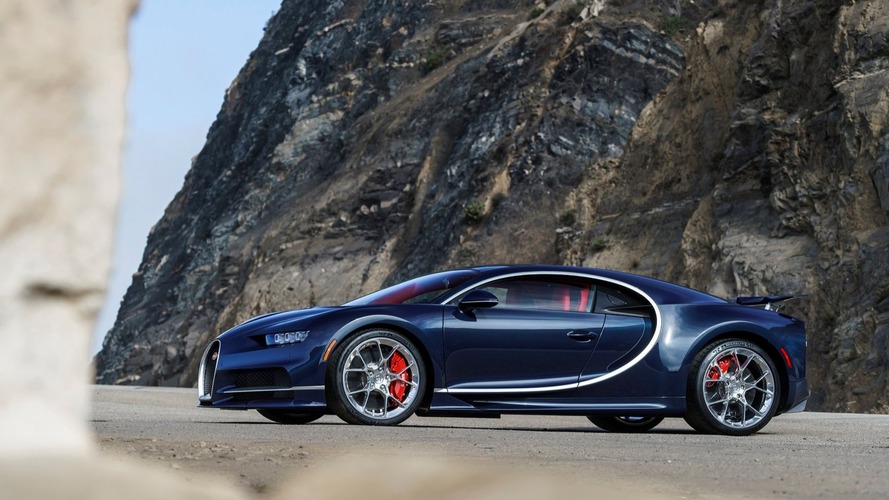 The Bugatti Chiron just got even faster.

If you thought 261 mph (420 kmh) was fast, it’s nothing compared to what the new Bugatti Chiron is truly capable of. Without a limiter, Bugatti says that its Chiron hypercar will be able to get up to 285 mph (458 kmh) - in the right conditions, of course.

Speaking with Autoblog at Monterey Car Week last month, engineering Boss Willi Netuschil said that buyers can opt for a car without a limiter if they so chose. But be forewarned, Netuschil says that there are only a handful of locations suitable for testing such a speed, and none of them are on public roads.

“You have to remember how much greater the braking distance needed is at those levels,” says Netuschil. “The Volkswagen Group’s track near Wolfsburg has a specially designed long straight that can be used for these type of high-speed stunts.”

With a quad-turbocharged 8.0-liter W16 engine and 1,480 horsepower (1,088 kilowatts) on tap, virtually no cars stand up to the Chiron in terms of raw performance. From a standstill, it will hit 62 mph (100 kmh) in just 2.5 seconds, and continue on to a top speed of 285 mph (458 kmh)… without a limiter. Aesthetically, it also plays the role with dramatic lines and an aggressive demeanor - this driving video just a small sample of that:

Currently, Bugatti holds the land speed record for a production car at 269.86 mph (434.29 kmh). That was set by the Veyron Super Sport in 2010, even though Hennessey says that its Venom GT is still faster at 270.49 mph (435.31 kmh). That record hasn’t been verified by Guinness. Still, the Chiron would hypothetically be faster than both.

Bugatti doesn’t have any immediate plans to put that top speed figure to the test against the competition, but we can only assume that a reclaiming of its crown will come in due time.