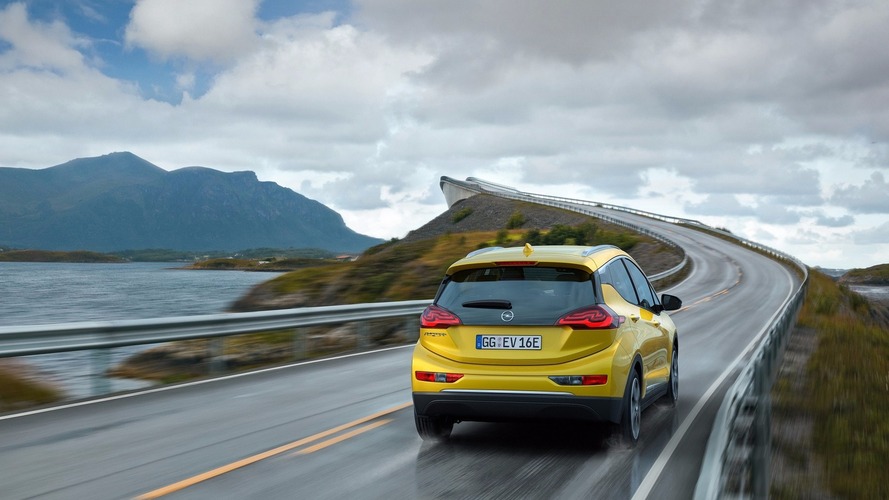 The British brand is assessing UK demand for the next-generation version.

Vauxhall has announced plans to trial the upcoming Opel Ampera-e electric car in the UK, despite the fact a right-hand-drive version is not in the pipeline.

Based on the Chevrolet Bolt, the Ampera-e will be available in left-hand-drive European markets under the Opel brand following its unveiling at the Paris Motor Show later this month.

Between 2012 and 2015, Vauxhall sold a right-hand-drive version of the Chevy Volt-based Opel Ampera in the UK. But it proved a slow seller, only around 1300 finding homes; that’s several orders of magnitude fewer sales than the Nissan Leaf racked up over the same period. Incidentally, the Volt was also available in the UK, but proved even harder to sell.

In contrast to its range-extender cousin, the new Ampera-e is powered purely by electricity. Opel claims range can exceed 250 miles (400 kilometers) in official government tests, while real-world range under normal conditions is pegged at 185 miles (300 kilometers). But even that is comfortably more than rivals like the BMW i3, Nissan Leaf, and Volkswagen e-Golf can manage.

None is quite so sprightly as the Ampera-e, either. Power comes from a 60 kilowatt-hour battery pack, which is enough for the electric motors to put out 204 horsepower (152 kilowatts) and 265 pound-feet of torque (360 Newton meters). That translates to a useful 0 to 30 miles-per-hour ( 0 to 48 kilometers-per-hour) time of 3.2 seconds. Top speed is limited to 93 mph (150 km/h) in order to preserve charge.

Vauxhall Chairman Rory Harvey explained the reasoning behind the trials. “Vauxhall is committed to having a future EV presence in its range,” he said. “The technology which underpins the new Ampera-e is of great interest to us, and we will be evaluating LHD cars from next spring and demonstrating them to clients.

“The fact that Ampera-e is not an eco-luxury car second car for customers broadens its appeal greatly, but it’s obviously vital that the car we sell in our market is right-hand-drive, and that won’t be available in the current generation.”

It is likely the next-generation version of the Ampera-e will be engineered for right-hand-drive and therefore saleable in the UK, but it won’t arrive for some years yet.