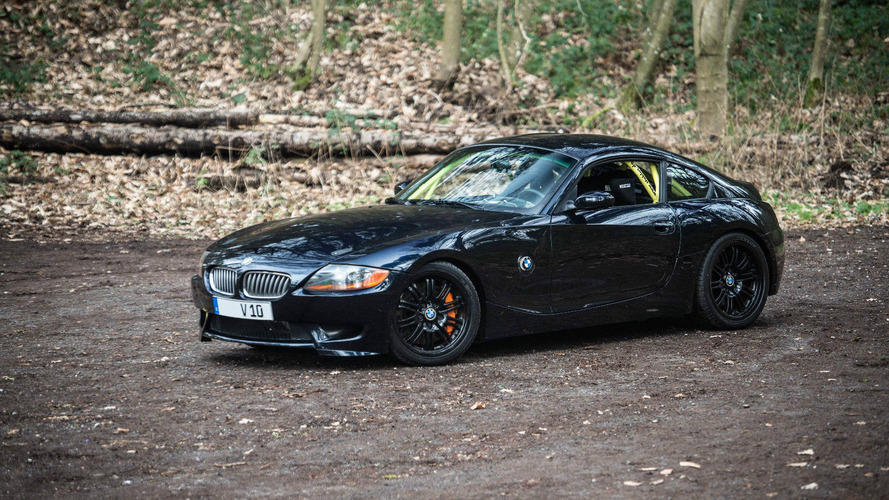 Aside from the visible bright yellow roll cage, you might not know that this car is wielding 550 horsepower (410 kilowatts) just by looking at it. Its jet black exterior is aggressive, using OEM wheels and Audi R8-sourced brake calipers, and it looks like it sits a bit lower than stock - though, the seller doesn’t say if any modifications were made to the suspension.

Once you contort your way over the roll cage and into the driver’s seat, you’ll notice that many of the interior components have either been stripped, or replaced with something more "race focused." That includes the steering wheel, and most of the door panels (or what’s left of them).

Weighing in at just 1,400 kilograms (3,086 pounds), it sheds about 100 kilograms (220 pounds) from the stock Z4, and its 51/49 percent weight distribution ensures balance on the road, or the track. Overall, the seller says that this Viper-swapped Z4 is “brutal." We don't doubt that.