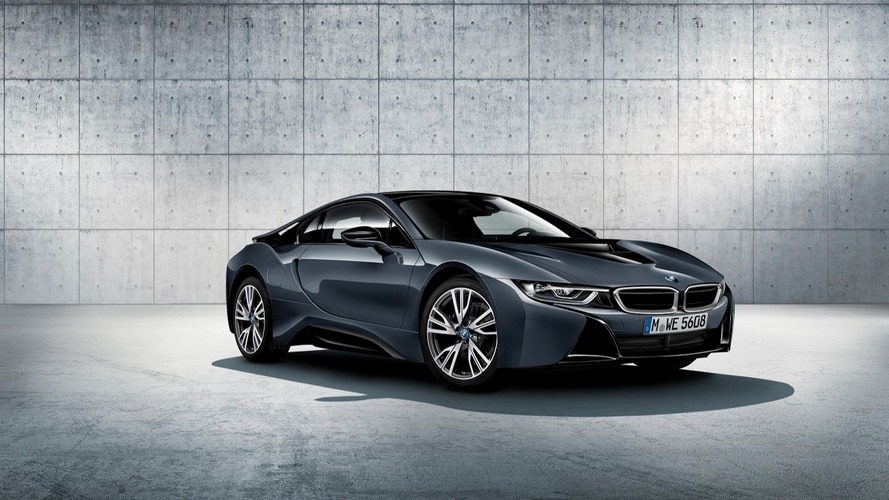 Just in case a regular i8 isn't special enough.

For us regular folk, the hybrid BMW i8 sports car still looks a spaceship from the year 2300. But in the world of $100,000-plus cars it’s getting a bit old and a bit common, around 8000 having been sold worldwide since it was launched in 2014.

Just in case interest is beginning to wane, BMW has started launching special edition versions of the i8 to give the range a bit of a kick. First came the Protonic Red Edition, launched at the Geneva Motor Show earlier this year. And now BMW has announced the follow up Protonic Dark Silver Edition, which will debut at the Paris Motor Show next month.

Like its predecessor, the Dark Silver Edition features a highly reflective ‘Protonic’ paint finish - Protonic Blue is available from the standard color chart. Both the existing Protonic finishes really bring out the complex surfacing of the i8’s bodywork, casting reflections and shadows. And they are extremely bright - the red in particular is absolutely searing in bright sunlight.

As for the rest of the car, BMW says buyers can “tailor their car entirely to their own vision.” In other words, the normal i8 options catalogue is available in full.

Production of the Dark Silver Edition is limited by time, rather than by numbers. Production will start in December of this year, and order books will only be open until the start of 2017. BMW has yet to announce pricing.