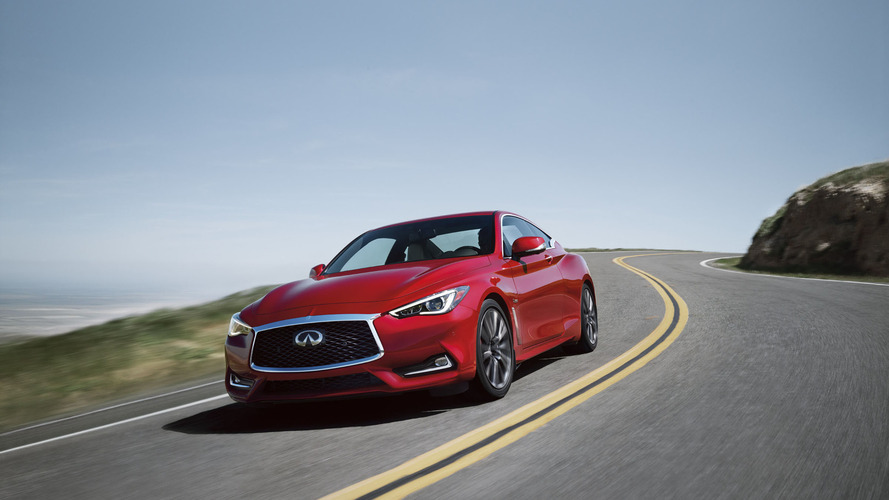 The performance coupe boasts 400 horsepower and looks great in its exclusive shade of red.

Just as sales are about to commence this month in the United States, Infiniti is finally revealing pricing for range-topping Red Sport 400 version of the 2017 Q60. Parking the ultimate iteration of the brand’s sports coupe in your garage costs $52,205 (after $905 destination) for a rear-wheel drive version or $54,205 with all-wheel drive.

Paying the extra money for the Q60 Red Sport 400 gets buyers the high-output version of Infiniti’s new 3.0-liter V6 biturbo engine. It now makes 400 horsepower (298 kilowatts) and 350 pound-feet (474.5 Newton-meters) of torque – compared to 300 hp (223.7 kW) and 295 lb-ft (400 Nm) of torque from the powerplant’s standard tune. The range-topper also benefits from larger brakes with red calipers and Infiniti’s sport-tuned Digital Dynamic Suspension. Eagle-eyed fans can spot the Red Sport on the road from the different exhaust tips, model-specific 19-inch wheels, and S badge in red and chrome. Inside, the vehicles get semi-aniline leather sport seats and aluminum pedals. The Dynamic Sunstone Red exterior color is also exclusive to them.

For reference, the 2016 Q50 Red Sport 400 with the same engine and two additional doors starts at $48,885 with rear drive or $50,885 with all-wheel drive. That works out to savings of $3,320 if someone is willing to forego the coupe’s more curvaceous look for the sedan’s extra practicality.

For customers who like the Q60 Red Sport’s looks but don’t want to spend as much, prices start as low as $39,885 for rear-wheel-drive models with the 2.0-liter turbocharged four-cylinder. The engine produces 208 hp (155.1 kW) and 258 lb-ft. Even these base models get standard features like 19-inch wheels, LED headlights, and 8-way power seats. However, Infiniti expects the standard-output version of the 3.0-liter biturbo V6 to take up most of the model’s sales. They start at $45,205 with rear-wheel drive or go for $47,205 with all-wheel drive.

The Q60 among the more stylish entries in the realm of luxury coupes. The Lexus RC looks similarly bold, but the German trio of the Mercedes-Benz C-Class Coupe, BMW 4 Series, and Audi A5 opt for more classic designs as a means to appeal to customers. 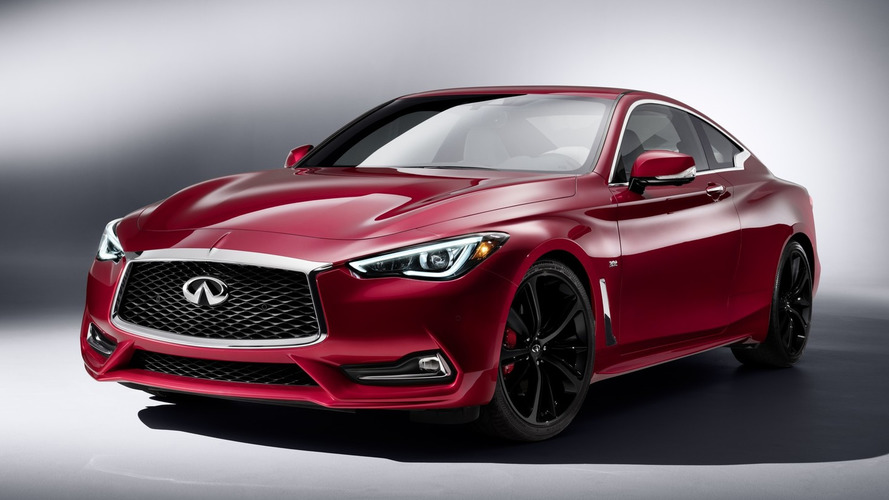 "The new Q60 Red Sport 400 has more horsepower than we've ever put in any INFINITI sports coupe, and will hold a strong position against its competitors with a significant power advantage," said Randy Parker, vice president, INFINITI Americas. "And, with its unmistakable styling and next-generation ride and handling technologies, we expect the all-new Q60 to continue INFINITI's legacy of advancing the sports coupe segment."

The Manufacturer's Suggested Retail Prices* (MSRP) for the 2017 INFINITI Q60 Red Sport 400 are:

About the 2017 INFINITI Q60 Red Sport 400
The all-new INFINITI Q60 Red Sport 400 takes the third-generation of INFINITI's renowned sports coupe into a new level of empowered driving. The Red Sport 400 features 400 horsepower and 350 lb-ft of torque from a sport-tuned, high-output version of the new VR-series 3.0 liter V6 twin turbo engine – a more than worthy successor to the renowned, highly awarded "VQ-series" V6 that has been a mainstay of INFINITI performance models for many years.

Inside, the Q60 Red Sport 400 interior expresses a sense of artistry and craftsmanship that matches the seductive exterior design. The interior is modeled around the concept of a "driver's glove" – fitted, personal and tailored for the person behind the wheel.

For full pricing and product information on the full 2017 INFINITI lineup, please go to InfinitiNews.com.

About INFINITI
INFINITI Motor Company Ltd. is headquartered in Hong Kong with sales operations in over 50 countries. The INFINITI brand was launched in 1989. Its range of premium automobiles is currently built in manufacturing facilities in Japan, the United States, United Kingdom and China. INFINITI plans to also expand manufacturing into Mexico by 2017. INFINITI design studios are located in Atsugi-Shi near Yokohama, London, San Diego and Beijing.