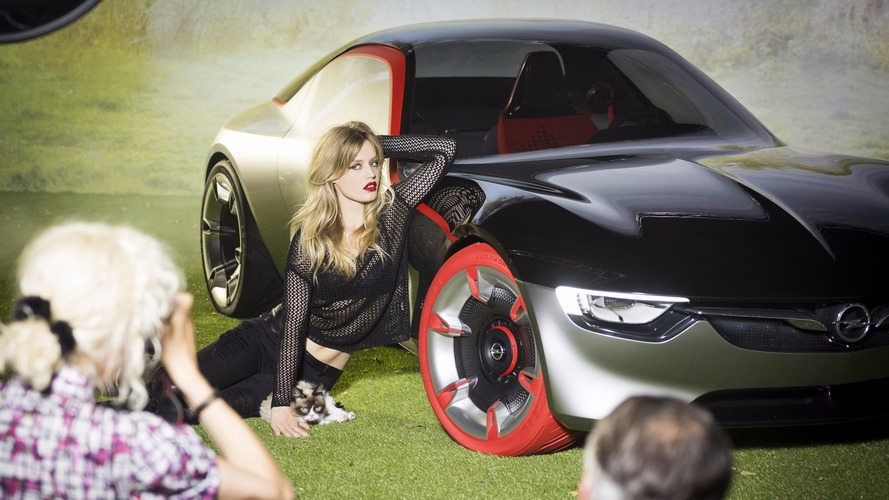 This is one the stranger automotive collaborations we've seen.

Internet sensation Grumpy Cat and supermodel of the moment Georgia May Jagger have formed an unlikely team to appear in German automaker Opel’s 2017 calendar. And here’s a look behind behind the scenes of the shoot.

‘Opel Wonderland of Dreams’ is theme of the calendar, which Opel describes as “a journey through the seasons with the most stunning Opel models of yesterday, today, and tomorrow.”

“Our twelve calendar motifs represent a journey through a mystical and at times surreal wonderland,” said Opel CEO, Tina Muller. “Sometimes our cars take center stage, sometimes Grumpy Cat or Georgia May Jagger are in the limelight. All of the protagonists combine their unique personalities, masterfully captured by an ever-cheerful Ellen von Unwerth.”

Cars featured in the calendar include a gold-plated 1956 Kapitan, the two millionth Opel built; a 1970s Diplomat sedan; the stunning GT concept seen at this year’s Geneva Motor Show; and cars from the current range like the Adam Rocks, Astra, Mokka X, and Ampera-e.

Opel’s 2016 calendar was shot by Karl Lagerfeld and featured his cat Choupette with the latest Corsa hatchback. Opel clearly likes a feline theme.

Grumpy Cat - whose real name is Tardar Sauce - has 8.7 million Facebook likes, tens of millions of views Youtube and has even starred in her own movie. Georgia May Jagger, daughter of Rolling Stones frontman Mick Jagger and supermodel Jerry Hall, seems to be everywhere in the fashion world and appears in a number of high-profile advertising campaigns. Opel calls them both ‘zeitgeist icons’, which is the only time you will ever see an automaker use that phrase.

A select few Opel fans will get a private viewing of the photos ahead of the calendar’s launch, and get to meet everyone involved in making it. Including the cat. Who, by the way, looks uncommonly comfortable on camera.