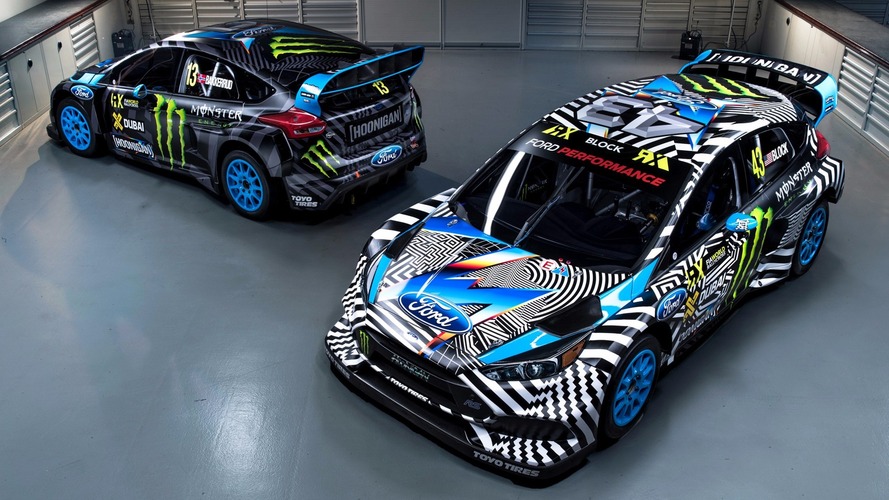 This time he tears it up in the Ford Focus RS RX.

Head Hoonigan In Charge Ken Block has been up to his usual tricks, abusing tires and creating general mayhem for Gymkhana 9. It hits Youtube tomorrow, September 13, but in the meantime you can check out the teaser video below, which was posted on Block’s Instagram account.

As you would expect, there’s lots of noise, tire smoke, innovative camera angles, and a drone seems to be involved. After last year’s big-budget, Dubai-based blockbuster, Block seems to be returning Gymkhana to its roots, tearing up a derelict, post-industrial area of Buffalo, New York. Not that Gymkhana 8 wasn’t fun, but it was a little soulless.

Block’s mount for Gymkhana 9 is his Ford Focus RSRX rallycross car, which debuted at the start of the 2016 season. Built by Ford rally car specialist M-Sport and run by Hoonigan Racing Division, the car has already taken two wins in the World Rallycross Championship in the hands of Andreas Bakkerud - Block himself has managed a best finish of third.

The car itself is powered by a 2.0-liter, turbocharged four-cylinder engine, making around 600 horsepower (448 kilowatts). With massive traction from the four-wheel-drive system, the Focus RSRX, like all rallycross Supercars, is capable of sprinting from 0 to 60 miles-per-hour in rather less than two seconds - quicker, even, than a Formula One car.

The Gymkhana series has become such a juggernaut, even spawning a whole new category of motorsport, that it’s hard to believe it started simply as a way for Ken to hone his driving skills when he decided to go rallying after selling his stake in DC Shoes. Deliberately or not, his timing was perfect, posting the first film on Youtube just as social media and the concept of ‘going viral’ became A Thing.

Block is a hugely talented driver and a born showman, but would he have entered the public consciousness in the way he has without Gymkhana?