Roewe getting ready to replace the archaic 550 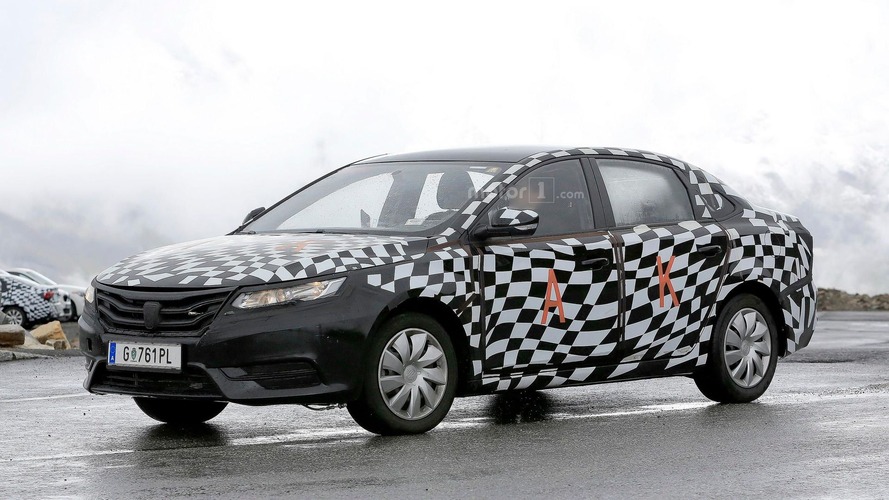 Could be sold in U.K. as the next-gen MG6

The Roewe 550 has been around for eight years, but most of the bits and pieces originate from the Rover 75 which came out way back in 1998. Suffice it to say, the model is getting a little bit long in the tooth, but these new spy photos are showing China’s SAIC is working on a successor for the aging sedan. It will likely eschew the “550” name in favor of “560” and if it will be sold in U.K., it’s going to serve as a replacement for the MG6 which was discontinued earlier this year due to poor sales.

Even though the prototypes were wearing a substantial amount of camouflage, we already can notice the design will have a lot in common with the smaller Roewe 360 (pictured above) launched last year in China. The same thing can be said about the interior cabin which is clearly derived from the “360,” although in the test vehicle it appears to be unfinished, so some things may change for the production-ready car. The prototype did not have a touchscreen for the infotainment system and in its place there was some sort of equipment related to testing.

One of the prototypes caught on camera was a more expensive version with alloy wheels, LED taillights, and dual exhaust tips integrated in the rear bumper. It’s unclear at this point whether the MG-badged version (if there will actually be one) is going to spawn a five-door hatchback version like the defunct MG6 or it will be sold exclusively as a four-door sedan. For what it’s worth, the prototypes here were both sedans.

A bump in size is likely to occur taking into account the third-side windows have been pushed aft the C-pillars. It probably means the new Roewe 560 / MG6 will have a longer wheelbase than its predecessor (pictured above in MG6 guise), thus granting additional legroom for passengers sitting in the back.

Details regarding the engines are murky at this point, but the midsize sedan might use the Roewe 360’s turbocharged 1.4-liter gasoline unit with 150 hp & 235 Nm sourced from General Motors. The old MG6 was offered in U.K. with a turbodiesel 1.9-liter, but it’s too soon to say whether the engine is going to be available in the new model.

Expect the Roewe 560 to see the light of production day at some point in 2017, and rumor has it the MG version is also due next year.