Volvo's Drive Me autonomous car experiment gets under way 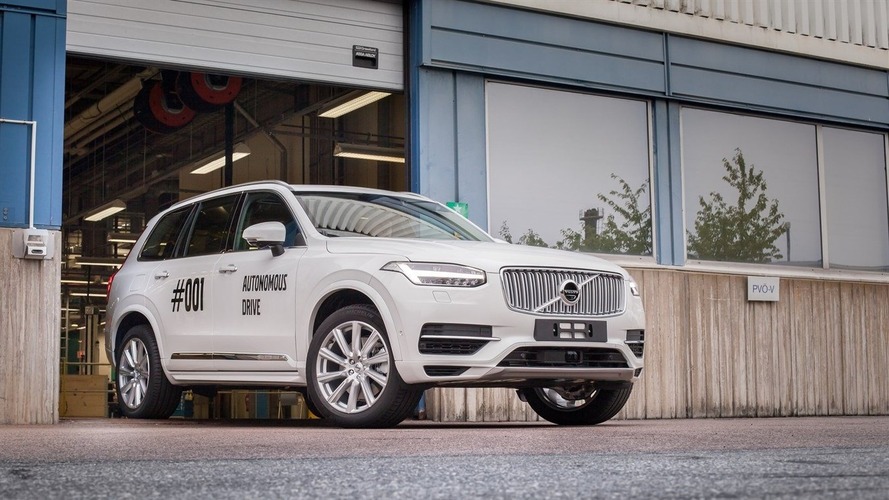 The first self-driving XC90 rolls out of the factory.

Volvo has inaugurated its ambitious Drive Me autonomous car experiment, revealing the first driverless XC90 SUV to roll out of the Torslanda, Sweden factory.

Unlike other automakers' autonomous vehicle programs, Drive Me will put a number of self-driving cars in the hands of real people. The aim is to gather feedback on people actually use the self-driving functionality and what they do while it is engaged, something engineers pounding around a test route all day, every day can’t provide.

Volvo’s 90 Series cars - S90, V90, and XC90 - are already available with Pilot Assist, which gives steering inputs to keep the car in its lane at speeds of up to 80 miles-per-hour (130 kilometers-per-hour). Drive Me builds on that system with a range of cameras dotted around the car and a lidar sensor at the front, which feeds data to what Volvo calls the Autonomous Driving Brain that then operates the car without any input at all from the driver.

Drive Me will initially be trialled within designated zones in the Swedish city of Gothenberg. The experiment will be expanded to London, England next year, and a number of Chinese cities have submitted bids to be included.

“This is an important milestone for the Drive Me project,” Volvo Cars Senior Technical Leader Active Safety, Erik Coelingh, said as Drive Me XC90 #001 was finished. “Customers look at their cars differently than us engineers, so we are looking forward to learn how they use these cars in their daily lives and what feedback they will give us.”

Volvo sees autonomous driving capability as an integral part of its drive to eliminate serious injuries and fatalities in accidents involving its cars by 2020. It hopes to bring a driverless car to market by 2021.

Volvo is working with automotive supplier Autoliv to develop the next generation of autonomous driving software, and with Uber on next-gen autonomous cars.