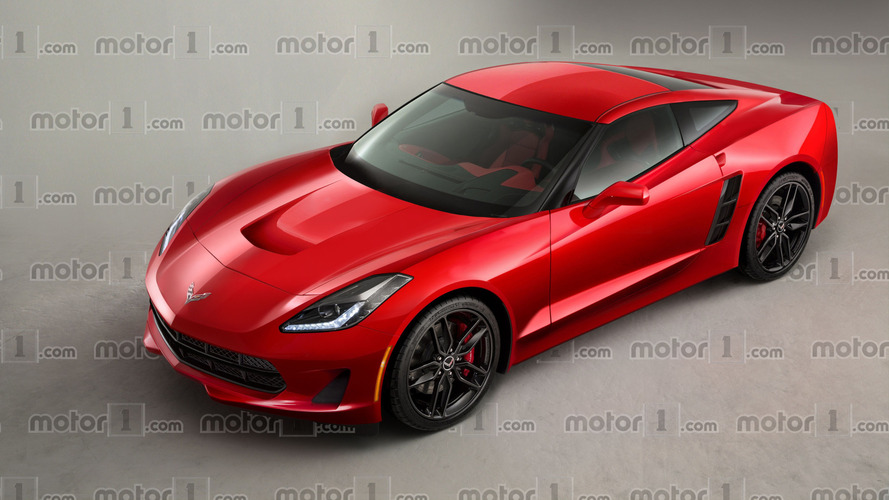 Should hit the streets early 2019.

Rumors about a mid-engined Chevy Corvette have been swirling around the automotive world for literally decades, but it might finally happen in the years to come. That’s the latest gossip and apparently the car will be unveiled at the 2018 North American International Auto Show in Detroit before reaching dealerships as a 2019 model year.

Codenamed “Emperor”, the more hardcore Corvette is our speculative render of the week and as you can see it’s based on the C7 generation which is expected to soldier on until 2021, but only in Z06 and Grand Sport guises. That way, the mid-engined model of the C8 gen will serve as the crown jewel of the family, and it will obviously come with a price to match its status. Speaking of which, reports are indicating the car will carry a starting price of $80,000.

“The worst-kept secret in town” as it’s being described by a former Chevy employee is expected to boast an array of active aerodynamic parts, while power will be provided by a V8 with pushrods delivering between 450 and 500 horsepower. Interestingly, a range-topping version kicking off at least $100,000 is believed to be in the works with an all-new, more powerful V8 engine with 32 valves and four cams.

Later during the model’s life cycle, the C8 generation might even spawn a plug-in hybrid version called “Corvette E-Ray” with the front axle being driven by an electric motor. If the report will turn out to be true, it means the model is going to be offered with an all-wheel-drive layout since the combustion engine will still be in charge of powering the rear axle.

All things considered, there’s a lot of speculation going on right now regarding the future of the Corvette, and some of the reports are actually clashing with one another. The C7 might not live to see the year 2021 as originally believed, with Car & Driver saying the C7 will go out with a bang at next year’s NAIAS where the company is expected to show the ZR1-badged model. Spotted just last month in prototype guise with a massive rear wing, the model is said to be stronger than the 650-hp Z06 and also lighter. There’s no word about pricing at this point, but you can imagine it will cost well over the $80,395 of the Z06 Coupe.