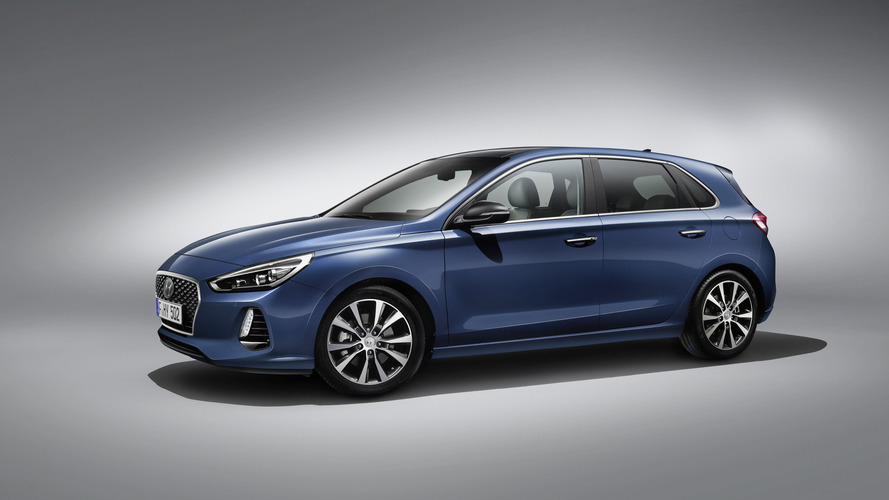 Hyundai unveiled its all-new, third-gen i30 compact hatchback yesterday at a special event in Frankfurt where it also showed a teaser image announcing some of the next models in the pipeline. At least three members are going to be launched in the future, a possible four-door coupe (left), the flagship N version (center), and the estate (right). There’s no sign of a three-door i30 Coupe at this point which might suggest Hyundai has decided to drop the body styles due to poor sales. That being said, it’s too early to know for sure.

During the presentation, Hyundai reconfirmed plans to introduce the full-blown N model sometime next year and it might name it “RN30” based on trademark applications discovered by Autocar. We have extensively covered the hot hatchback, so the real news here is the announcement of a four-door coupe, or at least that’s what we believe it is.

It will probably arrive after the i30 Estate and the N model, so look for a possible launch sometime in 2018. Judging by the silhouette of the car and the short rear end, it will take the shape of a more practical hatchback mirroring the BMW 4 Series Gran Coupe and Audi A5 Sportback, and unlike the current VW CC for example which is technically a sedan despite its swoopy roofline.

Much like those so-called “four-door coupes” are more expensive than the conventional sedans upon which they are based, chances are the new i30 derivative will command a premium over the regular five-door hatchback. It will probably get a new name as well to further separate it from the standard model.

It will be interesting to see whether sister brand Kia will also have an equivalent version of the “coupe-ified” i30 as a member of the next-gen cee’d family. Meanwhile, the i30 hatchback will go on sale across Europe early next year and will likely be a tad more expensive than the outgoing model to reflect its more upmarket status.