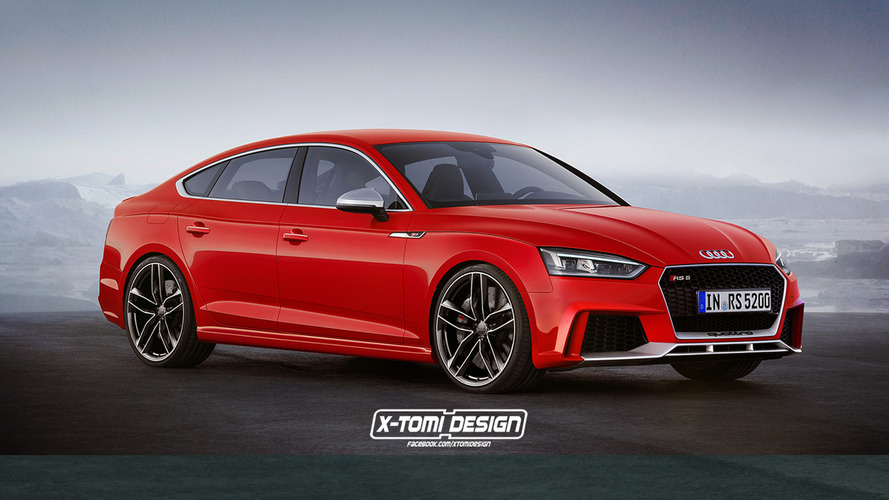 Design might be predictable, but it doesn't make it any less exciting.

With the second-generation Audi A5 Sportback unveiled earlier this week, it was only a matter of time before someone would decide to render a potential RS5 Sportback. While the first RS5 was available only in coupe and cabriolet body styles, things could change with the new one if we were to rely on a report coming from Car & Driver. If the RS5 Sportback will become a reality, it will likely be sold in United States as well.

The first RS5-badged model is going to be the coupe which has already been caught on camera as an S5-bodied test mule with beefier wheel arches indicating the adoption of wider tracks. While the styling won’t be all that different compared to the previous RS5 Coupe, the new one will boast some significant mechanical changes underneath the familiar skin. Aside from switching to the MLB Evo platform which will shave off weight, the RS5 Coupe is going to eschew its beloved naturally-aspirated 4.2-liter V8 engine in favor of a turbocharged mill.

The identity of the engine has not been disclosed, but it might be an evolution of the 3.0-liter V6 found inside the S5 where it has 354 horsepower (260 kW). Some are saying the horsepower figure will rise to around 500, although frankly that seems like an overly optimistic estimation, so we are expecting somewhere in the region of 480 hp.

The extra muscle over the Audi S5 is expected to come from an additional turbocharger along with some other mechanical tweaks. For the sake of comparison, the old V8 in the defunct RS5 models had 450 hp on tap at a high 8,250 rpm. It means the new model will not only have more power, but it will also be available significantly earlier in the rpm range taking into account the S5 delivers all of its 354 ponies at 5,400 rpm thanks to turbocharging. On the flip side, it obviously won't sound as nice as the high-revving V8.

A roadmap belonging to Audi of America has shown the RS5 Coupe will be the first new model to be launched in 2018. That means Europe will likely get the car in the second half of 2017, with the RS5 Cabriolet to follow several months. We will have to wait and see whether the rumor about the RS5 Sportback rendered here will pan out. Fingers crossed.