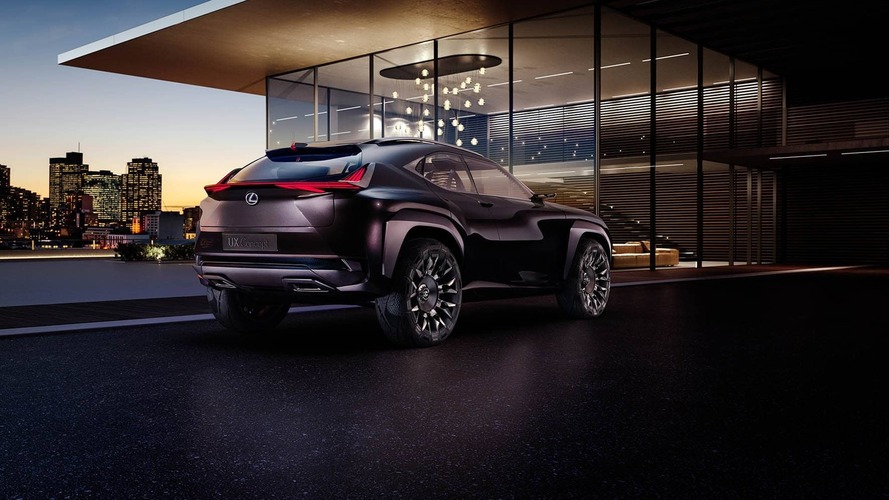 Ahead of its Paris debut, Lexus' latest concept pops up online.

With the Paris Motor Show right around the corner, it should not come as a surprise that we are getting more and more of these so-called “leaks.” Today we have an early look at the Lexus UX concept which as you would expect from Toyota’s premium brand, will feature a very sharp design in the same vein as the larger NX and RX crossovers.

Unsurprisingly for a concept, the UX rides on a set of massive alloy wheels and we also notice what appear to be scissor doors taking into account the joined door handles. Another feature very popular among concepts is the adoption of side cameras instead of conventional mirrors. The technology will actually be implemented in the near future in Japan where the first production cars with cameras are bound to hit the streets this fall.

Getting back to the concept, it has dual exhaust tips, so we know for sure that it has a combustion engine underneath its hood. Most likely the ICE is paired with an electric motor since the trend nowadays is to come out with hybridized concepts.

The UX concept probably serves as a sneak preview for a production-ready subcompact crossover. We are making this assumption based on the fact that the folks from Lexus Enthusiast have discovered a couple of months ago Lexus has already trademarked the “UX 200”, “UX 250”, and “UX 250” monikers in Europe. One might be tempted to say the road-going UX is going to be a posh version of the recently introduced Toyota C-HR which probably is not too far from the truth.

An official online reveal is likely to occur very soon, ahead of a public debut set for October at the 2016 Paris Motor Show. There’s no word just yet about when the UX will reach dealerships in production guise, but it might happen in the second half of 2017.