An original 1967 Indy race car is for sale on eBay 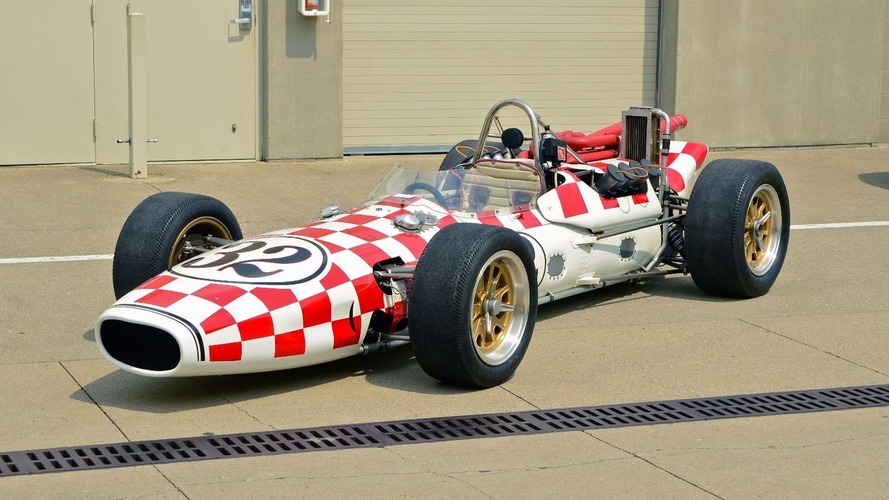 The 1960s were considered a golden age for IndyCar. The cars were faster than they’d ever been, and with icons like Andretti, Foyt, and Yarborough on the track, it made for some of the best racing imaginable.

In 1967, that excitement came to a head with the running of the 51st annual Indianapolis 500. Foyt’s victory would mark the first podium finish for Goodyear tire since 1919, and his third first place finish at the Indy 500 in under 10 years.

One of the cars in competition alongside Foyt and the rest of the field was the number 32 Gerhardt-Ford driven by Al Miller. Though not as successful as Foyt in his Coyote 67, the number 32 remains a handsome example of IndyCar of yore - and now it’s for sale on eBay.

With a ‘Buy It Now’ price of $225,000, it’s not exactly cheap. Nor should it be. This genuine Indy race car was on the track in company with some of the series' most legendary cars and drivers, and has been painstakingly restored to reflect that history.

After a 28th place finish at Indy in 1967, the car was handed over to Walter Weir. It was unable to qualify for the 1968 or 1969 running of the event, and Weir’s untimely death off the track lead to the number 32 being sold in 1970 to Dudley Higginson of St. Louis, Missouri.

Higginson entered the car in the 1971 Indy 500 as the number 30 “St. Louis Special,” having reconfigured the car with a turbocharged Offenhauser engine and a new wedge design. A crash at practice lead to an early exit from the event, and it was unable to qualify again in 1972.

The car never raced after the 1972 season, and passed hands to a number of different owners until it was fully restored in the 1990s. The restoration included the revival of its original #32 checkered livery and its original Ford four-cam engine, done by Ed Pink Racing of Van Nuys, California.

It was sold to its current owner in 2014, where it was then put on display at Indianapolis in June, 2015, and again at the Historic Indycar Exhibition in May, 2016. Now this piece of racing history is looking for a new owner once again.