Analysis: How Mercedes turned a title winner into 2017 test mule 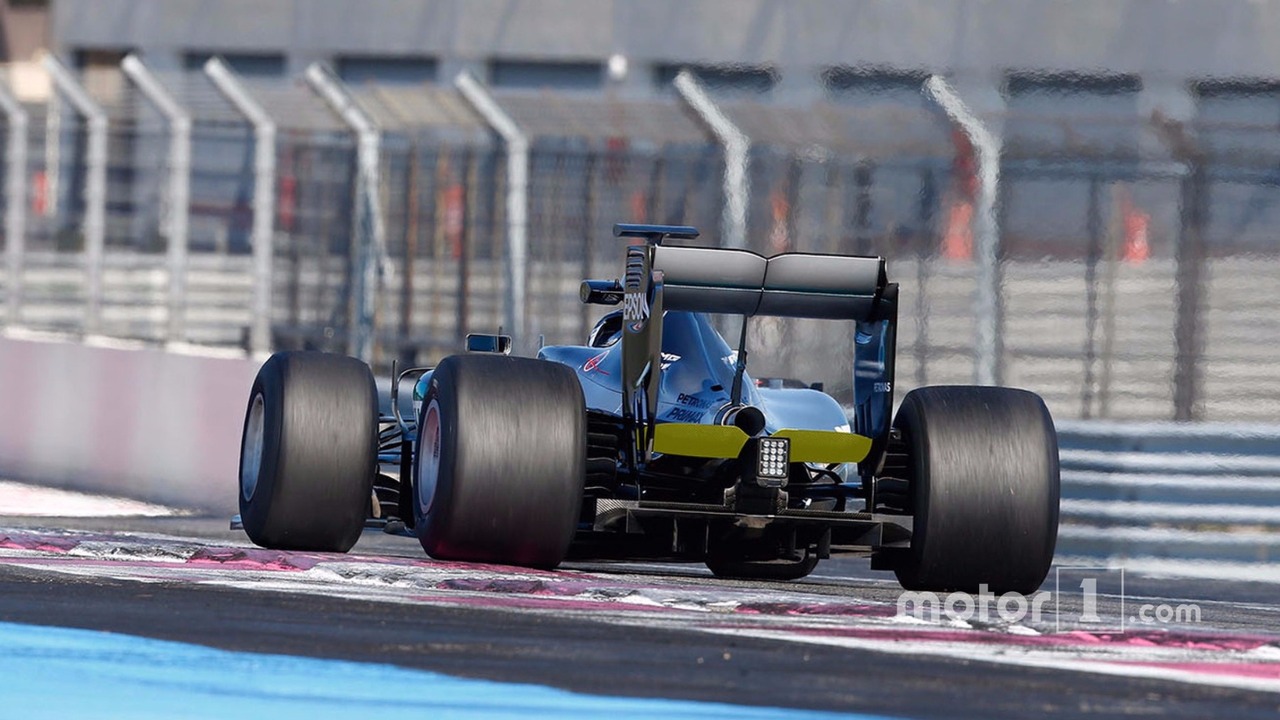 The second phase of Pirelli’s 2017 wide tire test programme kicked off this week, with both Ferrari and Mercedes in action for the latest slick running.

After the first tests at the start of August, Pirelli had made clear that it wanted the teams to deliver more downforce to better simulate the steps coming for next year.

This week Mercedes revealed what it had done to adapt a 2015 W06 chassis with new aerodynamic and suspension components to cope with the extra forces being generated.

Taking a close look at the car, the front wing’s footplate has been extended downward in order to create an air skirt that attempts to seal the outer section of the wing. 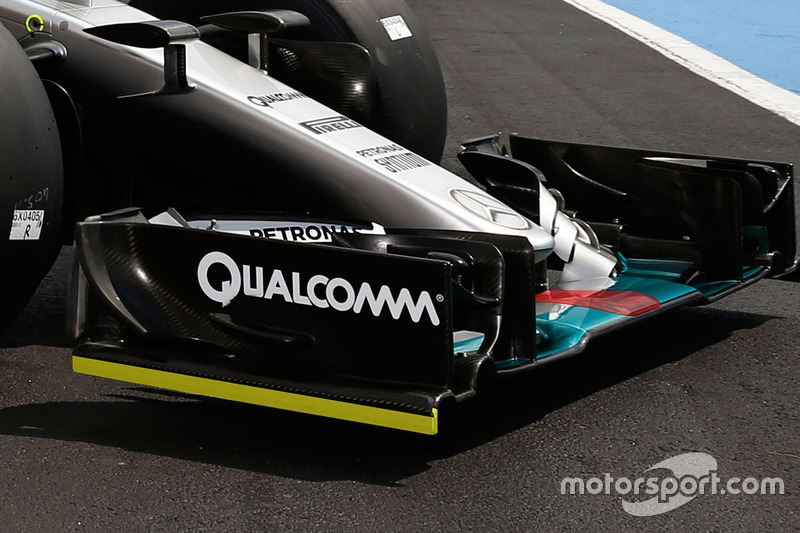 This is a perfect physical representation of what teams were trying to achieve with their flexible front wings around 2010-11.

Furthermore, Mercedes has added modification to the ‘neutral’ section of the front wing teams teams are not normally allowed to play around with.

A bulge is placed on the upper surface of the front wing (highlighted in red) in order to improve the aerodynamic relationship between it and the nose behind.

This is a quick fire way of improving things without having to redesign the nose structure and can also be used to house more ballast if a balance shift is required. 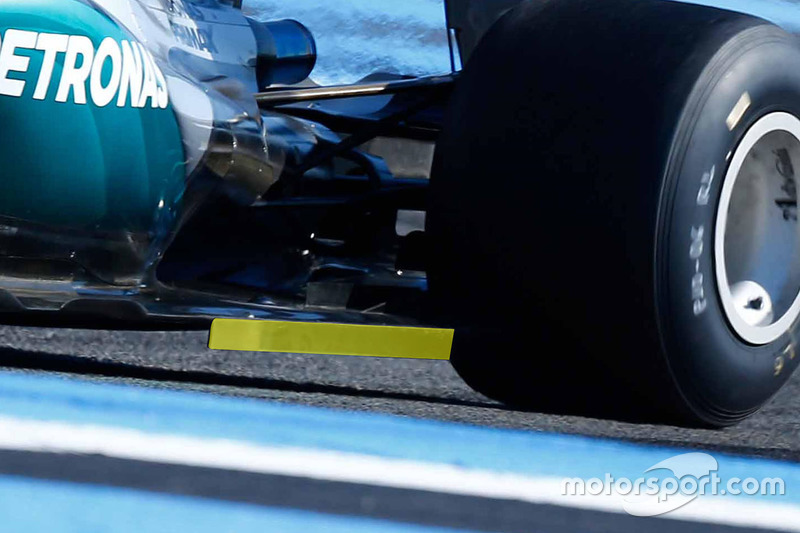 Elsewhere, a skirt has also been added to the side of the floor in order to help seal the edge, increasing the amount of downforce being generated. 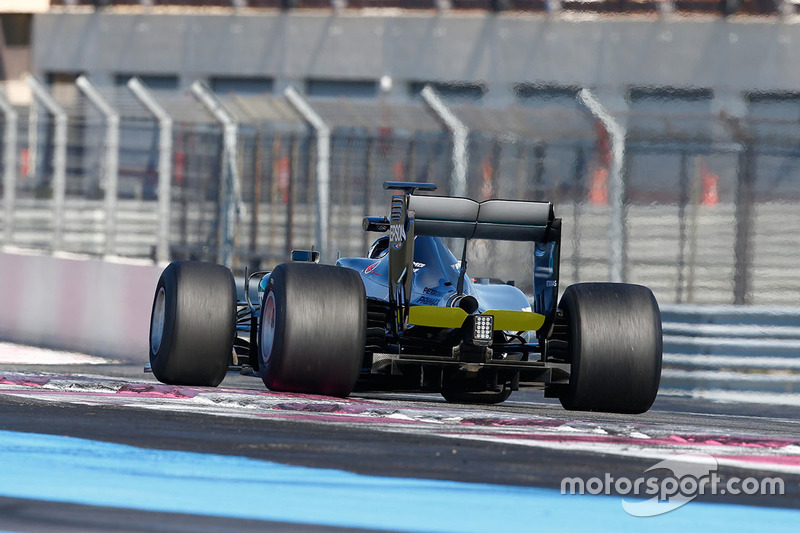 The rear wing has also been supplemented with a 'beam wing', improving the interaction between the rear wing and diffuser.

The modifications are similar to the ones already made by Red Bull and Ferrari, with all of the teams likely to make further modifications along the way if Pirelli wants to ramp up the downforce even more.