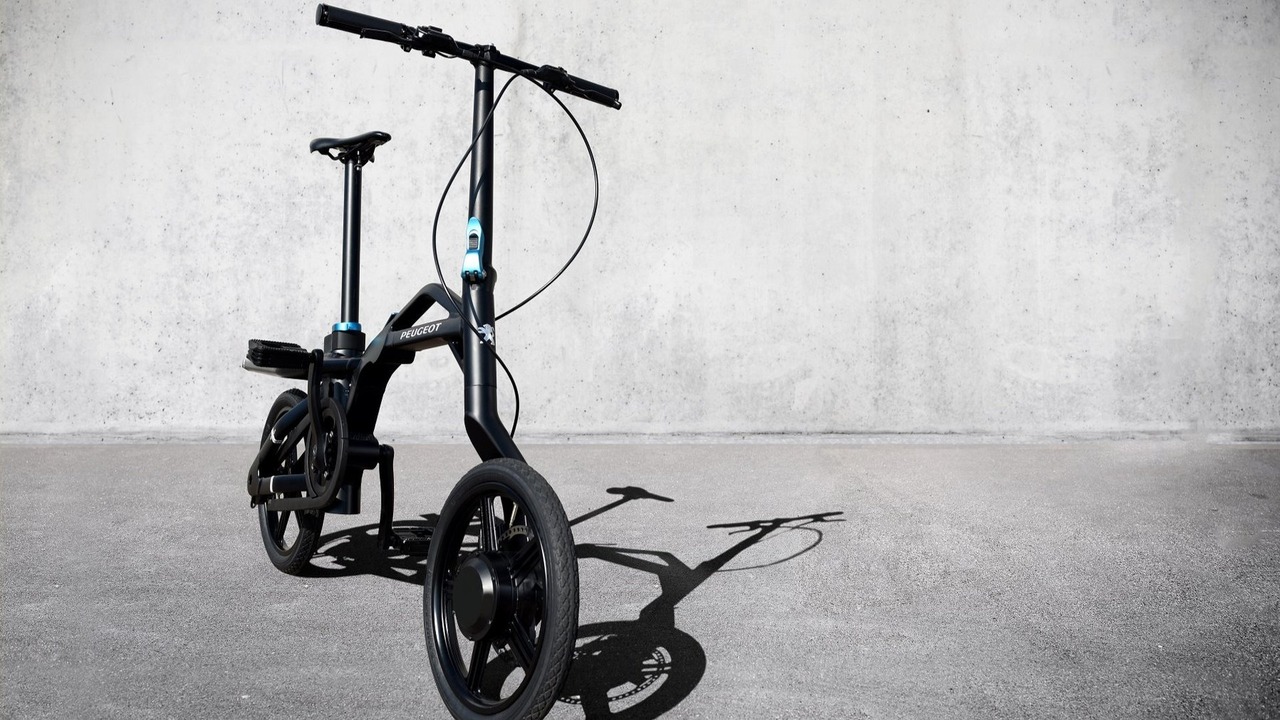 Like many automakers, French brand Peugeot manufactured bicycles before it turned to cars, starting production of a penny farthing-type bike in 1882.

Peugeot bikes have been hugely successful ever since, particularly the electrically-assisted bikes it introduced seven years ago. It already produces more than 10 different models covering a wide range of usages, and has now added another: the eF01 folding electric bike.

Power comes from a lithium-ion battery that’s good for a range of around 18 miles (30 kilometers) and a top speed of 12 miles-per-hour (20 kilometers-per-hour). Peugeot claims it takes just 10 seconds to complete the three steps of folding and unfolding the bike, it weighs in at 37 pounds (17 kilograms), and has a carrying handle built into the frame. It even has a patented memory system that allows the saddle height to be easily set.

The eF01 was revealed alongside the new 5008 SUV. When folded, the bike can be stored and charged in a Dockstation mounted in the trunk of the 5008, or indeed any car with a 12 volt outlet. Charging takes two hours. A bluetooth connection on the bike allows riders to monitor charge levels via the Mypeugeot app.

Peugeot has a long history of manufacturing the folding bike. It was invented in 1892 by Henri Gerard for use by the French military and Peugeot landed the contract to produce it. And during the 1970s it built a model that was massively successful and became a design icon.

With the eF01, Peugeot is trying to tap into the rapidly growing market for so-called ‘last mile’ transport solutions. In other words, devices that allow commuters to cover the last bit of their journey from the train station or parking lot to the office as quickly and easily as possible. It’s a response to “the new challenges of urban mobility in the context of evolving city centers,” as Peugeot puts it.