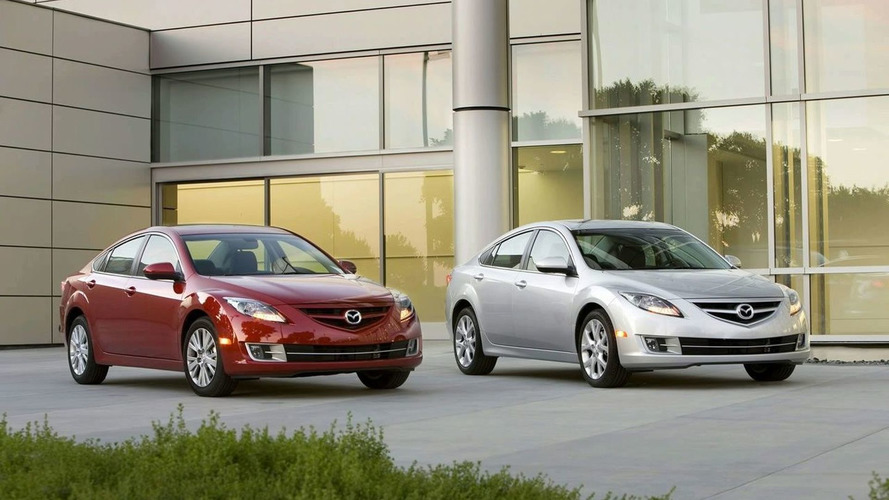 The safety problem with these sedans is that they don’t have a sufficient protective coating on the airbag control unit’s power supply. This can make it easier for moisture to access the part and eventually cause corrosion. If there’s enough damage, then the system could turn off the airbags. This would be dangerous in a crash.

According to Mazda, drivers would see a warning light if this issue is occurring. There are no reports of accidents or injuries from the problem

Mazda first learned about this issue on January 28, 2016, when supplier Continental-Japan contacted the company. The headquarters told Mazda North American about the problem on February 2, and the division opened an investigation. After discussing the issue with the the National Highway Traffic Safety Administration, the government agency requested the business conduct a recall.

To rectify the problem, Mazda dealers will replace the airbag control unit. The company doesn’t currently have the parts though. The automaker plans to send a notification to owners about the problem and mail a second one when it has the components.

Mazda previously recalled 42,000 examples of the 2010-2012 Mazda6 for an incredibly weird problem where spiders built webs in the fuel tank's evaporative canister vent line. The smell of gasoline attracted the arachnids, and their homes in the pipe caused extra stress on the tank, which could have caused it to crack. This could have caused the vehicle to leak gasoline, which was a fire hazard.

The 2009-2011 Mazda6 is also part of a recently expanded recall to replace their Takata-supplied airbag inflators. Over time, the parts' ammonium nitrate propellant can degrade and cause the safety devices to rupture upon deployment. The flying shrapnel could cause serious harm to occupants.

On the affected Mazda6 vehicles, due to insufficient protective coating on the air bag control unit power supply, moisture could enter the unit and cause corrosion, causing the unit to malfunction and turning on the air bag warning light. Continued driving in this condition could potentially cause the air bags to not deploy in a crash, increasing the risk of injury.

Approximately 41,000 vehicles are affected in the U.S.

There are no reports of accidents or injuries.

Mazda North American Operations is headquartered in Irvine, Calif., and oversees the sales, marketing, parts and customer service support of Mazda vehicles in the United States and Mexico through more than 700 dealers. Operations in Mexico are managed by Mazda Motor de Mexico in Mexico City.

Mazda North American Operations (Mazda) is recalling certain model year 2009-2010 Mazda6 vehicles manufactured February 4, 2008, to December 3, 2009. The protective coating may not have been properly applied to the air bag control unit (ACU) and, as a result, moisture may damage the unit causing it to malfunction.

Failure of the ACU would illuminate the air bag warning light and prevent the air bags from deploying in the event of a crash, increasing the risk of injury.

Mazda dealers will replace the ACU, free of charge, however parts are not currently available. Mazda will send interim notifications to owners beginning October 3, 2016 and will mail a second notice when remedy parts are available. Owners may contact Mazda customer service at 1-800-222-5500. Mazda's number for this recall is 9816H.