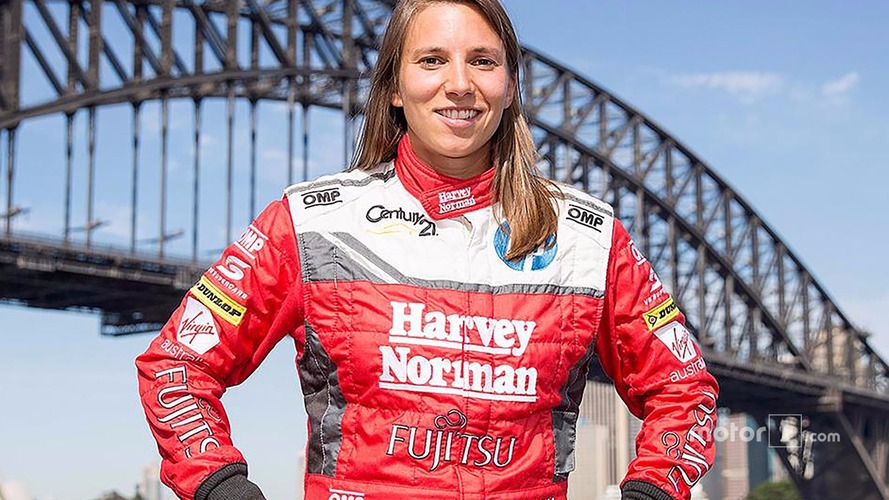 She is committing herself to Supercars for the next three years as a full-time driver in a big career switch for the traditionally open-wheel driver.

The 28-year-old is best known for the time she spent in IndyCar, competing in 68 races and becoming one of just three women in history to score a podium result. She also started five Indianapolis 500s, finishing as high as 14th.

Since then, de Silvestro competed mainly in the FIA Formula E championship, running the full second season for Andretti.

In 2015, she made her Supercars debut in the Bathurst 1000, finishing 21st with co-driver Renee Gracie.

She will once again return to the mountain later this year as part of the Harvey Norman Supergirls operation for Nissan Motorsport.

"This is an exciting announcement for the sport and a major coup for Supercars," Supercars Chief Executive James Warburton said in an official release.

"We said we wanted to have a full-time female driver in our championship and in Simona we have secured a world class driver."

De Silvestro is just as excited, saying, “I have had my first taste of driving these cars last year at the Bathurst 1000. It was such an incredible experience and I knew this could be a goal for the future. That this goal became reality so quickly is fantastic and I have to thank James Warburton for believing in me and wanting me in Supercars.

"This is going to be my first full-time year with a closed top car and there a lot of new things for me to learn and adapt to. I am very respectful towards this new challenge, but at the same time I am very excited about driving in such a competitive championship. I can’t wait to jump in the car to work towards getting the most out of these cars.

“I also have to thank Harvey Norman for their support as without them this incredible opportunity would not have been possible. To have the trust from somebody like Katie Page is giving me a lot of confidence and I look forward to my new adventure in Australia.”