The first two Pontiac Firebirds ever produced are heading to auction 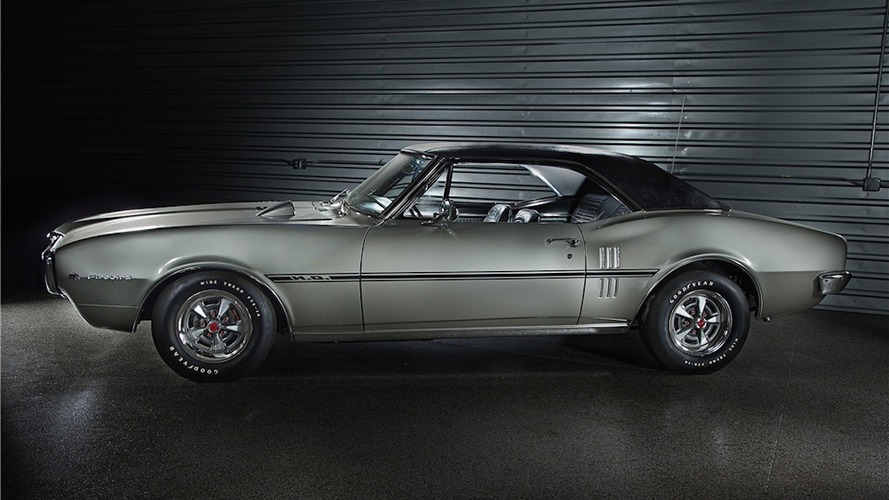 At next month’s Barrett-Jackson auction in Las Vegas, one lucky enthusiast will get to add two American icons to their collection - if they have the cash. The very first Pontiac Firebird (red), and the first Pontiac Firebird coupe (silver) are set to cross the auction block, and they both look factory fresh.

Originally introduced by Pontiac in 1967, the Firebird was seen as an alternative to the Chevy Camaro. Utilizing the same platform as its Chevy sibling, the Firebird brought to the table unique “Coke bottle” styling and a range of engine options. Not to mention the availability of both convertible and coupe variants.

Now nearly 50 years old, the cars seen here were the very first examples Pontiac ever produced, and wear VIN #001 and #002. The body tags on each are labeled “Show Body 1” for the convertible, and “Show Body 4” for the coupe.

The vehicles were used extensively for auto shows and advertising throughout their lifetimes before being sold off to a private collector. The two were found together in the same collection, given a full restoration - including the original V8s and interiors - and will be sold as a pair in the upcoming auction.

So far, Barrett-Jackson doesn’t have an estimate on these two classics, but you can bet that they won’t come cheap. Other less rare examples have sold for close to $200,000 in previous auctions.

Presented from a private collection are the very first production Firebirds built, VIN #001 and #002. They are the most significant Firebirds ever produced and a huge piece of GM and automotive history, built at the Pontiac Lordstown, OH, assembly plant in early 1967. The body tags on each are labeled "Show Body 1" on the convertible and "Show Body 4" on this coupe. Both cars were used for auto show and advertising purposes, before being eventually released and sold. By 1966, the race was really heating up between the big three manufacturers to dominate the pony-car muscle movement that had become so hot. The release of Firebird in 1967 came about under the direction of John DeLorean, as a Vice President of General Motors and Pontiac Division General Manager. Pontiac's Chief Design Engineer, Jack Humbert, was assigned the task of developing the car. He commissioned his very best Pontiac designers for the job. The Firebird was born with a uniquely different appearance and engineering features than its sister car, the Camaro, although they shared a common body structure. Visually the Pontiac F-body, as it was called, came with a split-nose grille and chrome bumper, a lowered stance, wide oval tires, horizontal headlights and taillights, along with Rally-style side vents. The new Firebird certainly stood out from the crowd. Although Pontiac Firebird was a late entry to the race, in January 1967 the car dominated not only in popularity and performance, but sales went through the roof. The 1967 Firebird dominated the Pontiac showrooms as well, selling in excess of 82,000 units that first year, even with a late release. Both this coupe and the VIN #001 convertible are very significant Firebirds that were found together; they have been together all these years and never separated. Discovered in a very tired and sad condition, they were rescued and painstakingly restored to bring them back to their former glory.