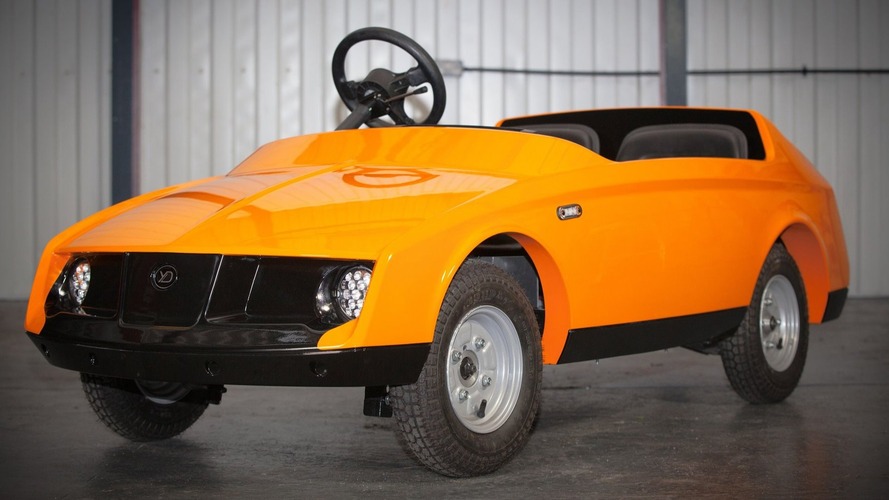 Even five year-olds can get a taste of what driving is really like.

There’s a perception these days that kids are more interested in their smartphones than driving. And yet driving courses for kids not old enough to hold a license are big business, especially in the UK. Manufacturers like Ford, SEAT, Mercedes, and even Land Rover will let kids as young as 10 take the wheel to get a taste of what driving is about. Which will hopefully make them better prepared when they get out onto real roads.

But what about kids under 10 years old? There’s no real reason they shouldn’t be able to experience operating a vehicle. Young Driver, the UK’s biggest provider of driving courses for 10 to 17 year-olds, thought so. But a vehicle that 5 to 10 year-olds could safely drive, and that accurately replicates a full-size car, couldn’t be found. So it has started building its own.

With the help of leading designers and suppliers, Young Driver Motor Cars devised the Firefly. It was first seen in prototype form at Gadget Show Live in the UK earlier this year and was a huge success, 1000 youngsters putting it through its paces. Development has continued since and the finished production model is ready to go on sale early in 2017.

Unlike the ride-on toys you might normally entrust a five-year old with, the Firefly is a properly engineered, miniature car. Power comes from two electric motors giving a top speed of 10 miles-per-hour (16 kilometers-per-hour), and the batteries can last for nine hours of continuous running. It has fully independent suspension, hydraulic brakes, and forward and reverse gears. Adults up to six feet (180 centimeters) tall can fit in the adjustable driver’s seat, or ride on the passenger side. There’s full LED lighting. And a tablet-based instrument display.

There’s plenty of built-in safety features, too, including a 5 mph (8 km/h) speed limiter, an autonomous braking system, and remote shut down. It can even be specced with a carbon fiber body and leather upholstery.