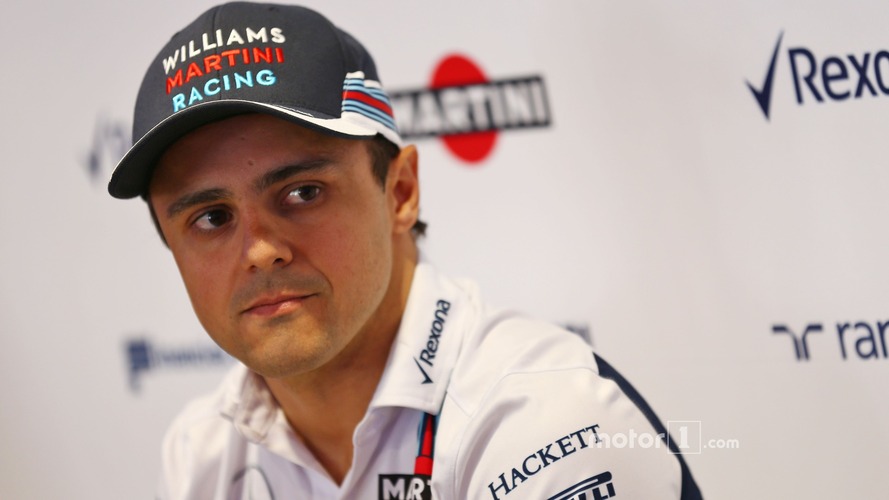 Felipe Massa recounts an emotional Italian Grand Prix, and the end of his F1 career.

I can confess now: I came to the Italian Grand Prix at Monza quite nervous. All I could think about was what I should say in Thursday's press conference to announce my retirement from Formula 1.

Amazingly, I was actually more nervous than I was before the start of a race. But I think it was to be expected, because I had never previously announced my retirement from F1. So I didn't know how I would react, whether my emotions would take over, or what would be the reaction of all those present.

The first answer came when I entered the motorhome that Williams Martini Racing had specially prepared for the occasion. I saw many familiar faces, many more than I could have imagined, and above all I saw people who, like me, were excited.

There were journalists, staff, friends and people present who were there to do their job, but they also greeted me with great affection. The F1 world is not always easy, with such intense competition, but at the end of my speech I heard an applause that never ended. That lifted me even more – and I must say that it was something that you do not see very often. I felt very privileged.

There was also another aspect that I had not considered when I chose Monza to officially communicate my decision to retire. The initial motives were related to Michael Schumacher, as I explained last week, but also to the decision taken at the end of 1999 when I left Brazil to continue my career in single seaters.

I made a choice to focus on Italy at a time when everyone was going to Britain. In my case it turned out to be the right choice because in a very short time I was signed up to Ferrari's young driver programme – which for some years had been a secret. So I owe a lot to Italy: especially because my family is of Italian descent. The choice of Monza was perfect.

One thing I hadn't thought of before is that at Monza, when you enter and leave the F1 paddock, you find yourself very close to the fans. And all weekend I experienced some very beautiful moments.

People would ask for autographs, photos, and above all would say some nice words about me. These were great to hear, coming from people who do not know you personally but you have somehow had an impact on. It was a pleasure to be with them and I want to thank all the fans who waited hours to see me and the other drivers – even if just for one minute.

Over the weekend there was also a race, of course, and it was a very important one for us. The end result was good, as Williams managed to overtake Force India in the constructors' championship. This was our main goal for the weekend.

In my own case, though, the weekend was not everything that I had hoped for. During my final run in Q2, I went out for my fast lap but on the out lap I couldn't warm up my tyres properly because of traffic and I ended up 11th on the grid.

The race itself wasn't easy either, because I suffered a lot with the soft tyre. The degradation was larger than expected, but surprisingly the problems disappeared on the final stint when I put on the supersoft compound.

At that point my race changed because although having an even softer compound, I no longer had the previous wear problems and I had some good pace. Eventually I recovered into the points with ninth place, which contributed to a good team result.

Now we expect a difficult test at the Singapore track. I do not think it will be as difficult a weekend as Monaco, but on this type of circuit we tend to struggle a little bit more than at high-speed venues. I predict it could be a difficult weekend in terms of management of the tyres, but let's wait and see.

For Williams, the plan is clear: stay in front of Force India and give the maximum we can for the best possible result.