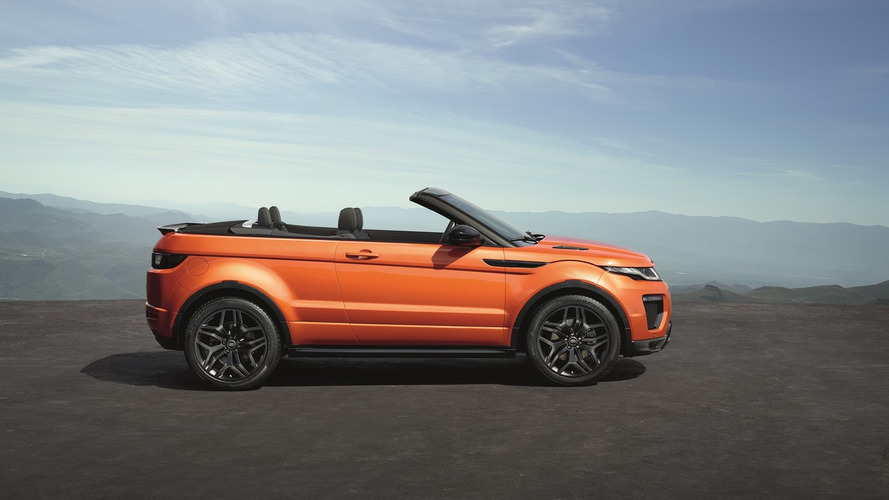 Jaguar Land Rover has recorded its best-ever August in terms of sales. The British company has delivered a total of 36,926 vehicles last month - up by 26 percent compared to the same month a year ago.

JLR enjoys a solid performance on North American and European markets, registering increased sales by 45 percent and 37 percent respectively compared to the previous year. China is also a strong market with 36 percent more sales, while the United Kingdom is down by three percent.

“We continue to grow our sales, with impressive performances across both of our brands,” Andy Goss, Jaguar Land Rover Group sales operations director, commented.

“Sales in North America were particularly strong, where we sold over 10,000 vehicles in August alone.”

The automaker’s success is driven mainly by the strong results of the Land Rover Discovery Sport (7,053 sales), and the Jaguar XE and F-Pace. The Range Rover Evoque Convertible also helped, finding more than 1,200 new owners worldwide – “promising results since its start of sales,” as Jaguar Land Rover explains.

“The Evoque Convertible has performed well in its first few months of sales and will play a key role in continuing Range Rover's 45-year success story,” Goss added.

Jaguar is also on the rise with an incredible increase of sales by 104 percent over August 2015. Year-to-date sales are up by 72 percent with 85,726 deliveries to customers.

Last year, JLR sold a total of 487,065 cars worldwide, up by five percent over 2014. Of that, Jaguar accounts for 83,986 vehicles and Land Rover for 403,079. Over the past five years, UK’s biggest automotive manufacturer has doubled sales and employment, more than tripled turnover, and invested over $16 billion in new products. Over $4 billion will be invested in products and facilities in the current fiscal year.

Whitley, UK: The newly-launched Range Rover Evoque Convertible helped propel Jaguar Land Rover to its strongest August to date, with retail sales of 36,926 vehicles, up 26% compared to August 2015. The month’s performance was also driven by strong sales of the Land Rover Discovery Sport, the Jaguar XE and the F-PACE, as well as exceptional sales in the U.S. Jaguar Land Rover sold 372,978 vehicles in the first eight months of 2016, 24% up on the same period in the prior year.

Land Rover's latest luxury convertible SUV, which is designed, engineered, and manufactured in the UK, has seen promising results since its start of sales, with more than 1,200 vehicles sold worldwide.

In August, Jaguar Land Rover has delivered particularly solid performances in North America and Europe with retail sales increasing by 45% and 37% respectively compared to the previous year. Retail sales were 36% up in China, 3% down in the UK, and 2% down in other overseas markets.

Commenting on the performance, Andy Goss, Jaguar Land Rover Group Sales Operations Director said: "We continue to grow our sales, with impressive performances across both of our brands. Sales in North America were particularly strong, where we sold over 10,000 vehicles in August alone.

“The Evoque Convertible has performed well in its first few months of sales and will play a key role in continuing Range Rover's 45-year success story."

Jaguar recorded its best August ever, delivering 10,868 vehicles, up 104% on the previous year, reflecting the strong launch of the F-PACE as well as continued solid sales of the XE. This month, Jaguar performed strongly across all regions, notably in North America, where thanks to the brand’s expanded line up in showrooms, sales more than doubled year-on-year. Calendar year-to-date sales for Jaguar were 85,726 up 72% year-on-year.

Land Rover strengthened its position as a world-leading manufacturer of all-terrain SUVs, with its strongest August sales of 26,058 vehicles, up 9% year-on-year. The best-seller for the month was the Discovery Sport, retailing 7,053 vehicles. Calendar year-to-date sales for Land Rover reached 287,252 vehicles, 14% up on the prior year.