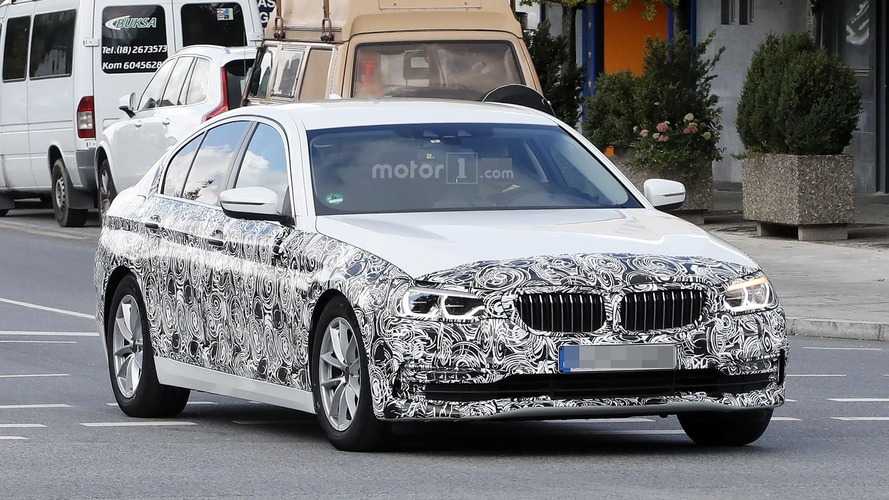 New teaser is out, too.

It was only yesterday when we brought you a fresh set of spy images with the next installment of the BMW 5 Series Touring, and now we have a new batch showing the sedan. As it’s the case with the wagon, the sedan looks more like a facelift than a new generation, but that’s hardly surprising if we compare the flagship 7 Series to its predecessor.

As you can observe in the gallery attached at the end of the article, there are actually two prototypes that have different body paints, wheel designs, and exhaust tips. Although you can’t really notice, Autocar has learned the new BMW 5 Series Sedan (G30) will be slightly longer, wider, and taller than the outgoing model in order to free up more room for passengers sitting in the back. For even more rear legroom, a long-wheelbase derivative will also be launched, but it’s going to be a China-only affair like the current one.

Despite the minor jump in size, the premium midsize model will actually be lighter as a result of making the switch to the CLAR platform shared with the 7 Series. The report about a diet of up to 220 pounds (100 kilograms) has turned out to be true, with the British magazine saying that select versions of the new 5 will shave off that much fat. Aside from losing weight, the overhauled 5 Series will also benefit from a boost in torsional rigidity, as well as revamped suspension and steering systems which are all being detailed by Autocar.

Expect to see the next-gen 5 Series as early as October at the Paris Motor Show before going on sale late 2016 / early 2017. The aforementioned Touring (G31) will be out several months later and will be followed eventually by the 5 Series Gran Turismo (G32) which will live to see another generation mainly because it’s quite popular in China, for some reason.

Below is a teaser released by BMW today.