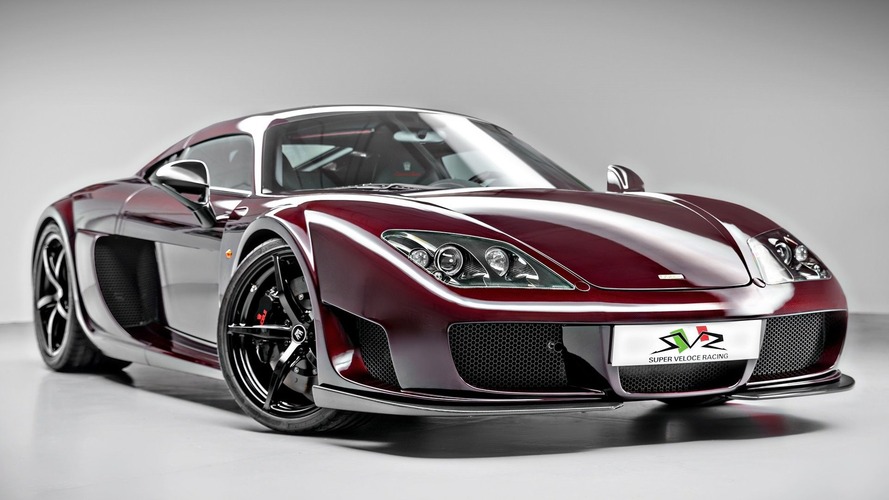 Three people injured, but it looks like everyone will be okay.

The Noble M600 is a very rare beast indeed. I’ve not been able to find any exact figures, but it’s unlikely production has yet to reach triple digits in six years of production. But there is now one less M600 in the world, after an example was completely destroyed in a crash in Germany.

The crash occurred near the town of Neuberg, not far from Frankfurt. According to local media reports, it was caused by a Volkswagen Passat that crossed the center line on a corner and drove into the path of the Noble.

As you can see above, the impact caused severe damage to the front of the Noble. Indeed, so much force was involved that the Passat was pitched into a series of rolls. The 61-year old driver of the Noble and his 19-year old daughter - who was riding shotgun - had to be cut out of the wreckage by fire crews. Both they and the 20-year old Passat driver were airlifted to hospital, but their injuries are not thought to be life-threatening.

Unsurprisingly, the Passat driver is expected to face criminal charges for causing the crash.

The M600 involved is thought to be an even rarer Carbon Sport edition. The front-end damage may have been repairable, but there’s no coming back from the roof being cut off. It’s now just a pile of scrap. I wonder, though, if it would be possible to liberate the Volvo-based, 4.4-liter, twin-turbo, 650 horsepower V8 motor and trick manual gearbox before the rest gets shredded. It would be absolutely awesome in a hot rod.

Having said that, I wouldn’t be surprised if the wreck ends up back at Noble. Low-volume manufacturers that aren’t required to carry out crash testing don’t often get the chance to analyze how their cars perform in an impact.