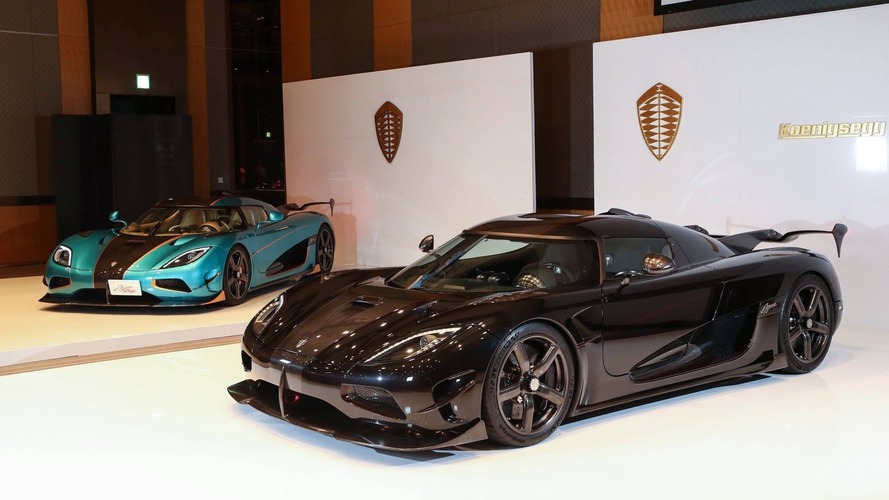 As if the 'regular' Agera RS wasn't already a sight to behold.

It was only last week when we saw the very first Agera RS delivered in Europe and now Koenigsegg is showing off two more cars, this time around exclusively for Japan. The duo is a bit more special than the regular model as it comes with several tweaks to make it worthy of the newly attributed ‘Agera RSR’ moniker.

Chassis number 122 is painted in turquoise blue and it’s sitting pretty alongside the black car featuring chassis #123, with a third vehicle featuring a white hue and chassis #124 to be officially unveiled soon. All three have been commissioned by Koenigsegg Japan and are part of the Agera RS’ total production run of 25 units which have all been sold already. The production run will come to an end by late this year, with final deliveries to take place in 2017.

Getting back to the RSR, it can be visually distinguished by its new roof scoop similar in philosophy with the one fitted on the One:1 and it also has a slightly different rear wing which was offered as optional equipment on the Agera RS. Being a high-end product, it should not come as a surprise that all three RSR-badged cars have received a wide array of customizations making them even more bespoke than the standard model. You will notice the RSR has a removable hard top which was available as an option on the Agera RS, itself a more hardcore edition of the Agera R.

There’s no word about the price, but it was probably a lot more expensive than the regular $1.65-million Agera RS, as if there’s such a thing as a regular Koenigsegg…