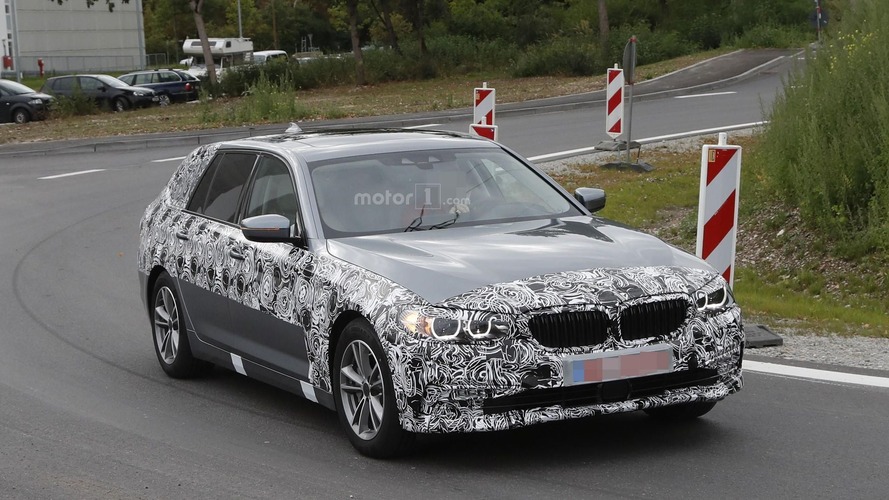 Evolutionary design at its finest.

The latest 7 Series is not all that different in terms of design when you put it side by side with its predecessor, and that’s going to be the same case with the upcoming 5 Series. The midsize sedan will allegedly be unveiled in October, but we will have to wait a few months to see its more practical sibling, the Touring. In our latest batch of spy images we can observe the estate with less camouflage than ever, showing once again BMW’s designers have played it safe by taking the evolutionary route when drawing the new 5.

It appears to have roughly the same size as the outgoing model, but it might feature a slightly longer wheelbase to enable a more spacious cabin, particularly for those sitting in the back. With this being an estate, cargo capacity is important and it might increase a bit compared to the current 5 Series Touring which can hold up to 19.7 cubic feet (560 liters) of your luggage or 59 cu. ft. (1,670 liters) with the rear seats folded.

Although the metal looks very familiar, underneath the skin is going to be a substantially different car, one that will be underpinned by BMW’s CLAR platform also used for the larger 7. It should bring a healthy diet shaving off as much as 220 pounds (100 kilograms) of fat which in return will boost efficiency and performance.

Speaking of performance, one can only dream for a return of the M5 Touring to battle the Mercedes-AMG E63 Estate, but unfortunately we haven’t heard anything on the topic so we wouldn’t get our hopes up too high. The sedan has already been spotted in M guise (pictured above) and it is believed it will be available for the first time with an xDrive all-wheel-drive layout. It will offset some of the weight loss, but the new M5 is said to have more than 600 horsepower, so at the end of the day that won’t really matter too much.

Expect to see the regular 5 Series Sedan at the Paris Motor Show, with the Touring to follow probably early 2017. The odd Gran Turismo will be back, but probably it’s going to be launched sometime in 2018.