Take a closer look at the fastest diesel production car on sale today.

Production of the first-generation Panamera came to an end late August when the final car, a GTS with the build number 164,503, rolled off the Leipzig assembly line in Germany after seven years of production. Out with the old, in with the new is one way to describe what’s going at Porsche right now, with the company gearing up to start assembly of the second-gen model.

While in the previous batch of promotional clips we took a closer look at the grippy 4S version painted in Sapphire Blue Metallic and in Mahogany Metallic, today we get to check out its diesel counterpart finished in Carrara White Metallic. Once again we are able to observe the styling issues of the old model have been resolved to transform the new Panamera into a stunner.

Design aside, we should point out the previous generation was never offered in an all-wheel-drive diesel specification, so there’s now more diversity in the lineup. Power is provided by a meaty 4.0-liter V8 bi-turbodiesel unit generating a healthy 422 horsepower (310 kilowatts) between 3,500 - 5,000 rpm and a torquetastic 628 pound-feet (850 Newton-meters) from a low 1,000 rpm. 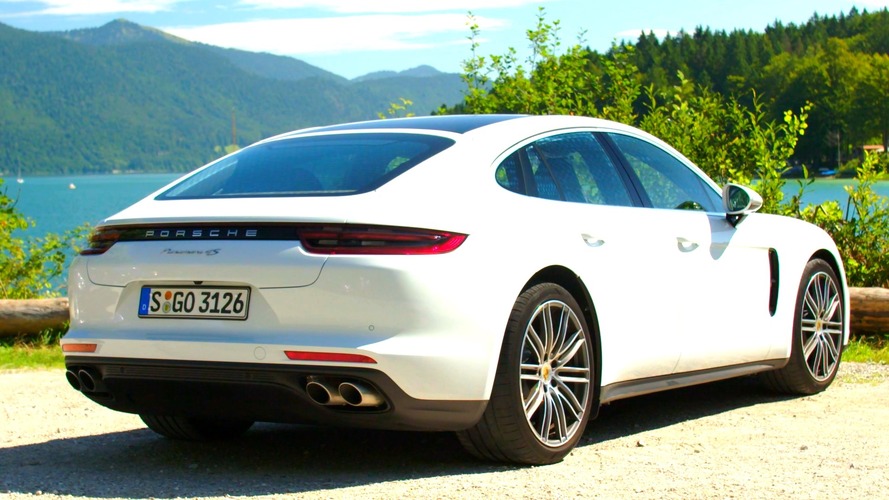 All that power is channeled to both axles via Porsche’s well-known eight-speed PDK transmission to enable the Panamera 4S Diesel reach 62 mph (100 kph) in just four and a half seconds. Pay more for the optional Sport Chrono Package and it will shave off two tenths of a second from the sprint time en route to a top speed of 177 mph (285 kph). Those are some great performance numbers if we take into account the 4S Diesel tips the scales at a rather hefty 2,050 kilograms (4,519 pounds).

Speaking of performance, Porsche is saying the Panamera 4S Diesel is actually the quickest production car in the world with a diesel engine right now. At the same time, it’s the most powerful diesel-powered Porsche production car ever.

Impressive, right? As it should if we consider the rather steep €116,954 starting price in Germany where customer deliveries will begin in November.

Below is another promo video with the 4S Diesel, this time in Night Blue Metallic.