Arrivabene: Ferrari "needs a bit of time" to return to the front 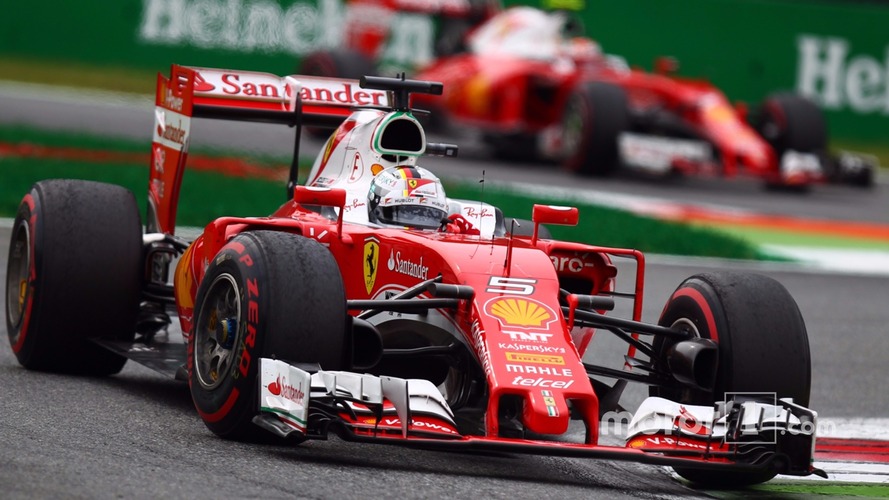 Ferrari team principal Maurizio Arrivabene believes his team is now on the right path to plot its return to the front of Formula 1, following its recent technical reshuffle.

The team's form came under the spotlight at the Italian Grand Prix, after Ferrari president Sergio Marchionne said the outfit had 'failed' in its targets for this season.

But despite its inability to win a race so far this campaign, Arrivabene believes that Marchionne has been appeased by a staffing reshuffle that came about as a result of the departure of technical director James Allison.

Speaking about Marchionne's message to Ferrari at Monza, Arrivabene said: "He said he can see some changes in the time he has been with us. He said the structure is solid.

"We have enough people in Ferrari to be able to work in the proper direction and I think he is not happy about the results of this season, but he also sees some changes and he wants to look forward to the future."

Although Allison's departure only happened recently, Arrivabene insists that a more horizontal structure to its technical departments is already reaping rewards judging by Ferrari's improved form on track.

"Of course we failed in achieving our target this year, but I think one month ago we took our action," he said in reference to the parting of ways with Allison.

"We took some action, and now since the last two races, things are going a bit better. The atmosphere in the team is very positive and everybody is looking forward to race after race for this year and next year.

"The atmosphere in the team is solid, everybody they are solid: we are looking in the right direction. We just need a bit of time, that is it."

Although many teams are already focusing entirely on their 2017 cars, Arrivabene said that Ferrari had a duty to its fans not to totally give up on this year's campaign.

"When you are working for a team and the name of this team is Ferrari, you cannot give up," he said. "This is our value. But this is our pressure too.

"Of course next year is important and there are new regulations, so we are pushing a huge amount of focus with aero, but when you are working in Ferrari, you feel immediately the responsibility of this team and that means, 'okay we are Ferrari'.

"This is a team that is never giving up. This is our philosophy and the group that is currently working today in F1, it doesn't want to stop. Of course we need to find the right balance, we need to manage the situation properly, but we have the right people to do it."

Gallery: Arrivabene: Ferrari "needs a bit of time" to return to the front