New Details for Audi A7 Surface 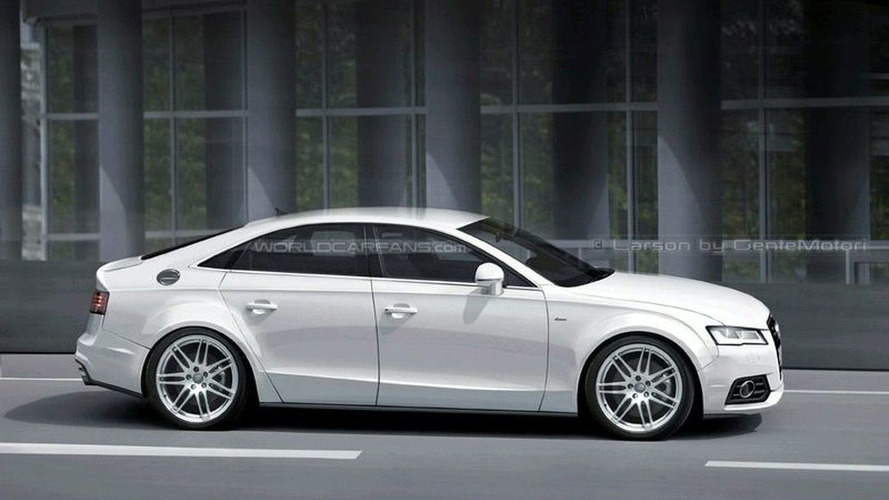 The new model will be positioned to do battle alongside the Mercedes CLS-Class and BMW's upcoming 8-Series and will feature the crème de la crème of Audi's technology.

We are still 2 years from the launch of the Audi A7, but that doesn't do anything to hinder the anticipation of the vehicle. The new model will be positioned to do battle alongside the Mercedes CLS-Class and BMW's upcoming 8-Series and will feature the crème de la crème of Audi's technology.

A new platform is being developed for the A7 (to be shared with the next gen A6) based on the A5's MLP (Modular Long Platform) which focuses the bulk of its weight within the wheelbase for optimum weight distribution. An updated version of the R8's ASF (Aluminium Space Frame) body construction will make its way to the Audi A7 resulting in 50% body shell weight loss but whilst the A6 will retain the coil-sprung suspension, the A7 will get new air springs to provide an optimal driving experience – a similar system can be found in the Mercedes CLS class.

Under the hood Audi will offer three direct-injection petrol engines: 2.8 FSI, 3.0-litre TFSI V6 and a 4.0-litre TFSI V8, diesel options start with the 2.7-litre V6 unit whilst there will also be a twin-turbocharged version of the 3.0-litre V6 TDI engine. A little further down the line we are likely to see the RS7 launched with a tuned version of the RS6's TwinTurbo V10 FSI and judging by the way the power wars are going, we wouldn't be surprised to see in excess of 600 horsepower coming out of this one.

The A7 is likely to continue Audi's reputation for class leading interiors with sources stating it will be “a cut above the four-door coupe competition.” It will feature an updated version of the MMI (Multi Media Interface) controller and a higher quality of materials.

Audi will be looking to sell 40,000 units of the A7 per year when it is released in 2010 which is a relatively low number, but will play its part in boosting the brands image.