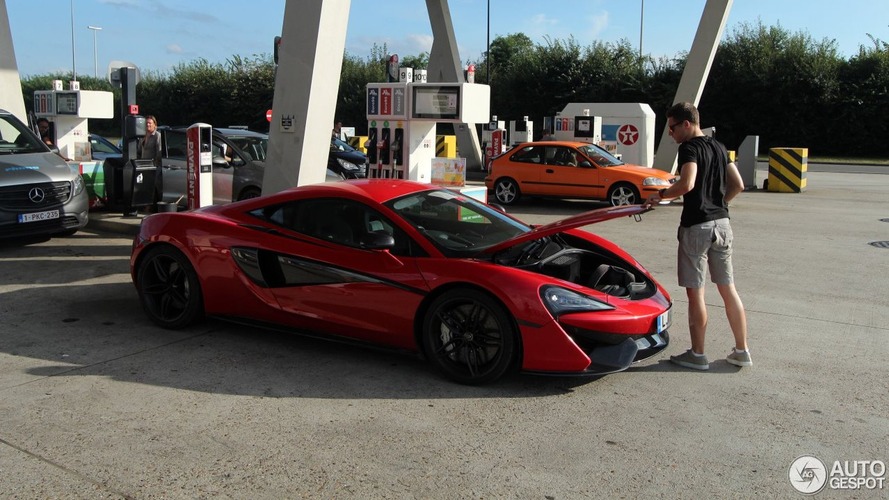 As company cars go, it's quite a good one.

McLaren-Honda protege Stoffel Vandoorne last weekend found himself promoted to a full-time race seat for the 2017 Formula 1 season as Jenson Button announced he would be stepping down.

With promotion he will probably get an upgrade in company car, not that the McLaren 570S he is rocking at the moment is anything to be sneezed at. Quite the opposite, in fact.

It’s fast, in other words. Very fast. And surprisingly comfortable. It even has a stop-start system to reduce emissions.

Vandoorne was spotted with his British-registered 570S at a filling station in his home country of Belgium, near the town of Heverlee. Which is, incidentally, roughly halfway between the port of Calais, France - the main point of entry to Europe from the UK - and the Nurburgring in Germany. We don’t know if that's where he was heading, but it would be nice to think that even F1 drivers head over to the ‘Ring to lap the Nordschleife on their days off. You can see more photos by clicking the link to Autogespot below.

24-year old Vandoorne, the reigning GP2 Series champion, made his F1 race debut for McLaren at the Bahrain Grand Prix earlier this year when he stood in for an injured Fernando Alonso. Having out-qualified Button, he finished 10th (Button retired) to claim McLaren’s first point of the season. Consensus in the paddock is he’s capable of great things. If McLaren can give him a good car.