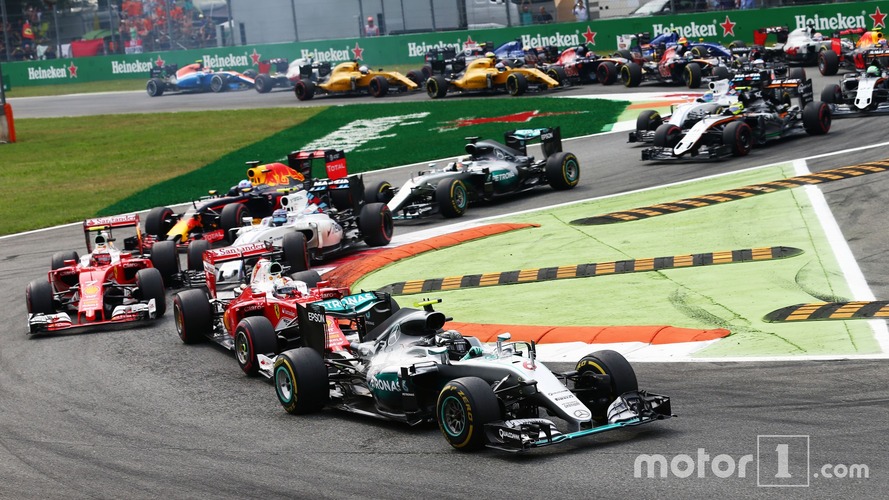 Lewis Hamilton says he was not responsible for his poor start in the Italian Grand Prix, despite a radio message to the team during the race in which he accepted blame.

Hamilton dropped from first to sixth by the first corner of the Monza race after a terrible start, and went on to finish a distant second behind teammate Nico Rosberg.

At the Mercedes post-race debrief Hamilton was told by his engineers that the poor start had not been his fault, and that the clutch was responsible.

"You've seen it with Nico in Hockenheim. It's bit me quite a lot this year.

"I was told the procedure was done exactly how I was supposed to do it, but unfortunately we just over delivery of torque, and the wheels were just spinning from the get-go."

Hamilton said the team has worked extensively on the clutch this season.

"Of course, we never stop improving and learning. Today we would have learned again. But yeah, this year has been a harder year for us with our clutch. They'll be working very hard.

"It's not a quick fix, something you can change for the next race. We have made improvements, so we have seen more consistent, better starts, but we are still caught out by the random variation that we have from one weekend to the other.

"We do practice starts all weekend, and they're varying a little bit, and then we get a drastic variation on the grip.

"As I said you've seen it with Nico, you've seen it with me, quite a few times. It is something that we need to work on. I can assure you on Tuesday [in the factory] that's the only thing we'll be talking about, because everything else we're doing really well.

"So we'll be trying to work and give as much information, learn as much as we can, if there's any more, to try and make sure in the next six or seven races… We're not struggling with pole positions, it's just getting off the line."