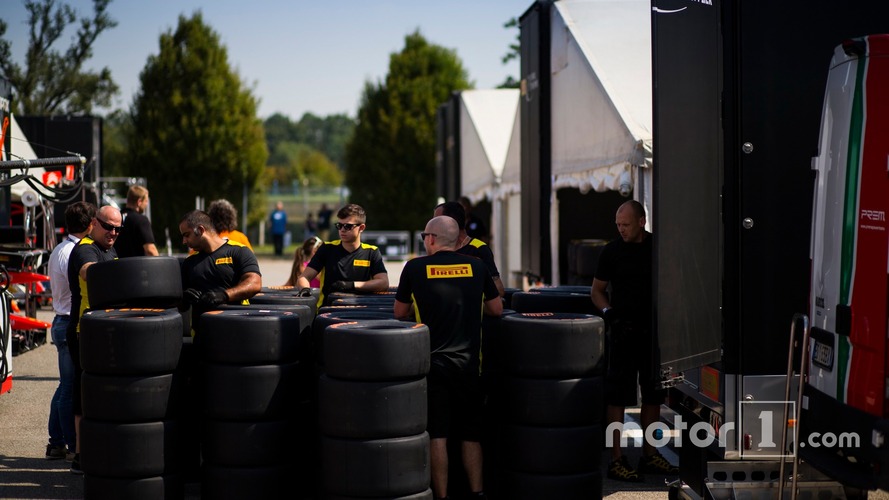 Pirelli has reduced the minimum pressures on tires ahead of qualifying day for the Italian Grand Prix, following analysis of data after Friday free practice.

As a result of the higher forces being put through the tires with 2016's cars, Pirelli had raised the pressures for this year's event by 2 psi compared to last season

The original pressures given to teams were 23.5 psi front and 21.5 psi rear, which are similar to those that were laid down for last weekend's Belgian Grand Prix.

Explaining the reasons for the increase over last 2015, Pirelli's F1 racing manager Mario Isola said: "It is mainly because of simulation that we found 100kg more [force] on each front tire, and the estimated top speed is 10km/h quicker than last year.

"On the rear tire we have estimated force of 80kg more than last year – that is the reason why we have this increase.

"Also last year we had 3-degree camber at the front, this year we have 3.25 to give a bit more freedom to the teams with the wear profile to avoid an excessive wear on the outside shoulder."

Following analysis of the data delivered from teams during Friday free practice, it was decided that the pressure could be brought down a little.

Teams will now be able to run 23 psi at the front and 20.5 psi at the rear, although Pirelli has the right to review the situation again if it finds any potential problems.

The cambers, however, remain unchanged.