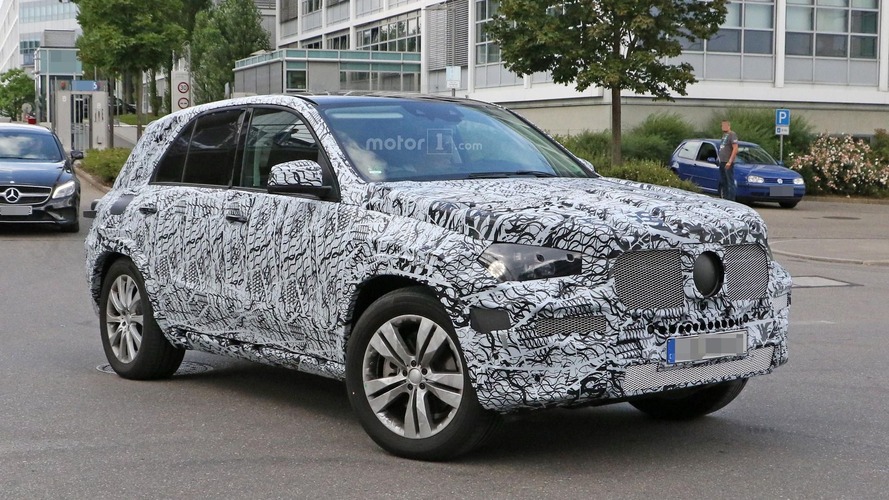 The GLE was launched just last year as a facelifted, renamed version of the M-Class, but the folks from Mercedes are already hard at work preparing the next-gen which will be an all-new model. Our spies were at the right place at the right time to take some up-close shots of a prototype wearing an extensive amount of disguise. Despite the camo, we are already able to notice the next GLE will have a significantly different shape and it will feature wider wheel arches.

The prototype was early in the testing phase and it was fitted with provisional headlights and taillights which will be replaced with production-ready clusters later during the testing phase. While it’s hard to figure out whether there are any changes in terms of size, from some angles it looks a tad smaller than the current GLE which would be quite rare since today most new cars are larger than their predecessors. We will get a better view of the midsize SUV in the months to come when hopefully some of the disguise will be removed to show more details.

Codenamed W167, the all-new Mercedes GLE is going to ride on the Modular High Architecture which is expected to bring a weight loss that will pay dividends in terms of performance and efficiency. Rumor has it the company with the three-pointed star logo is putting the finishing touches on a new family of straight-six engines for the E-Class. The latter should get these as soon as next year, so most likely the next GLE will be available from day one with the new powertrains bound to replace the company’s current crop of V6s.

The interior cabin remains a mystery at this point, although we wouldn’t be surprised if the wheelbase will be stretched a little bit to grant more rear legroom and boost comfort. In addition, the video above which shows a prototype in motion reveals a dual digital screen setup in the same vein as the E and S.

Chances are Mercedes is preparing the new GLE for the 2019 model year, so look for an official premiere to occur sometime in 2018. It will likely be joined in about a year or so by the GLE Coupe. Plug-in hybrid and AMG versions for both body styles are in the works as well.