Singer held a party in Monterey, and it was gorgeous 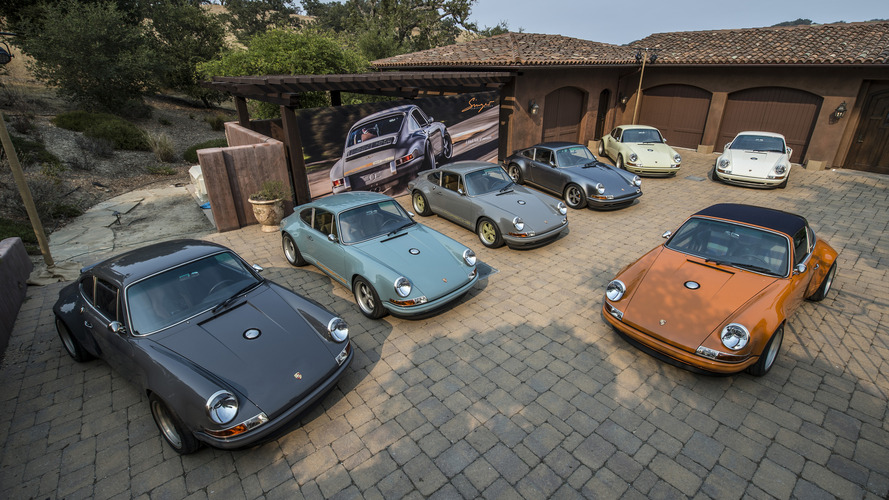 Feast your eyes on a group of reimagined Porsche 911s.

Every time I see a Porsche 911 reimagined by Singer Vehicle Design, I get a little weak in the knees. Seriously, when I first saw the company's take on the 964 Targa at the Quail Motorsports Gathering a couple of weeks ago, I just stopped and stared, my eyes furiously rushing over every part of the car to take in all of the details. So when I heard that Singer hosted a party, where a group of its cars would be featured out front, I thought, man, that's a sight I'd love to see. And while I didn't attend in person, ace photographer and friend-of-Motor1 Drew Phillips was there, and the result is one of the best photo galleries I've flipped through in a long time.

It's incredibly rare to see one Singer creation, let alone seven in the same place. The beauties range from the “Minnesota” and “Luxemburg” 911s that debuted during Monterey Car Week to older favorites. But being Singer, every single vehicle is its own unique work of art, and the beauty is truly in the attention to detail. Every surface of the historic 911 is lovingly recreated to be as close to original specification as possible, with modern powertrain components and running gear added in (plus a number of owner-specific details), to create what I've been told is one of the greatest driving experiences you can have today.

There's really not much more to say here, except that you'd be making a huge mistake by not scrolling through the gallery of photos below – your new desktop wallpaper probably lies within. Of course, be sure to tell me which Singer creation is your favorite in the Comments.