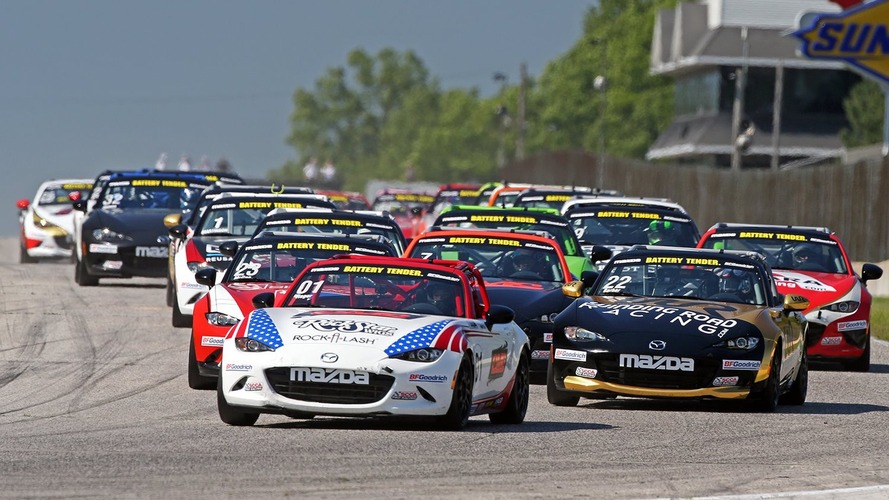 But it is now a better race car.

The MX-5 Cup is about as inexpensive as modern sports car racing gets. When it was launched in November of 2015, the fourth-generation race car cost just $53,000. Which was tempting enough to persuade 108 people to part with their cash. Even spec racers rarely sell that well.

Since then, Mazda Motorsports and Long Road Racing, which actually builds the cars, have been constantly working to improve the MX-5 Cup machine. As a result, a number of updates have been added to the 2017 version of the car in an effort to make it better able to cope with the stresses and strains of competition.

Most of the work has gone into the gearbox, which has been upgraded with tougher, race-spec components - some stock parts are still used - to increase its life between rebuilds. More substantial engine brackets and differential housing bushes are also used, and the engine control unit hardware and software have been upgraded.

Retrofit parts will also be sent out to existing owners - as the MX-5 Cup is a spec series, every car on the grid has to be identical. Indeed, the only thing Mazda doesn’t supply with the car is a seat, so the driver can use whichever one they prefer.

Unfortunately, the changes have resulted in price rise up to $58,900, which does make this one very expensive Miata. But for a turn key race car that will last for years, not cost much to run, and be an absolute riot to drive, it is still about as inexpensive as modern sports car racing gets.

And, if you do win the Battery Tender Global Mazda MX-5 Cup presented by BFGoodrich Tires [and breath] you could win a $200,000 scholarship to move up the racing ladder. Which would be nice.