Leicester City players struggle to remember which BMW i8 is theirs 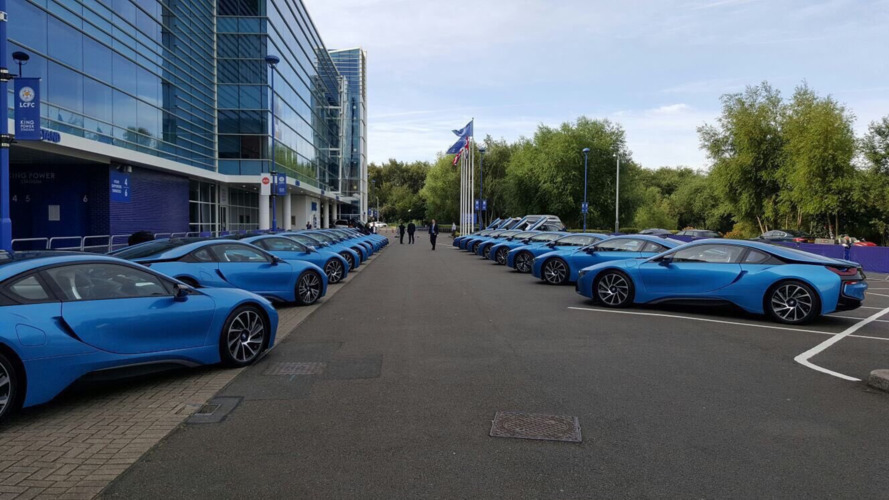 Four players have already wrapped their cars in different colors.

Last weekend Leicester City recorded its first win for the new season after 2-1 against Swansea, and star Jamie Vardy opened his account for the 2016-2017 campaign, scoring in the first half of the game. Following a defeat in the first match of the season and a 0-0 draw against Arsenal, the team is slowly getting back to its form from the last season, when it won its first-ever Premier League title.

But, apparently, team players are experiencing a slight problem when going to trainings. They all received brand new BMW i8s as a reward for the remarkable success last season – all painted in the same blue color to match the team’s colors. When parked around the stadium, they all look literally identical – making the players struggle to remember which car is theirs.

A total of 19 new i8s were handed to the title-winning player of the Foxes, each priced at $139,400. Team manager Claudio Ranieri used 23 players throughout the season, but four players (N'Golo Kante, Yohan Benalouane, Andrej Kramaric, and Joe Dodoo) decided to join other clubs and didn’t receive keys for the plug-in hybrid sports car. The club’s chairman Vichai Srivaddhanaprabha paid about $2.6M for the surprising gift.

Just before the opening match for Leicester this year, a 2-1 loss from Hull City, Ranieri cautioned against hope of the club winning the title for the second consecutive year. He even said his principle objective is to avoid relegation, the same as last year. Football legend Gary Lineker shared Ranieri’s view, by saying Kante, who joined rivals Chelsea, had been the most important player for the club and essential to Ranieri’s system.