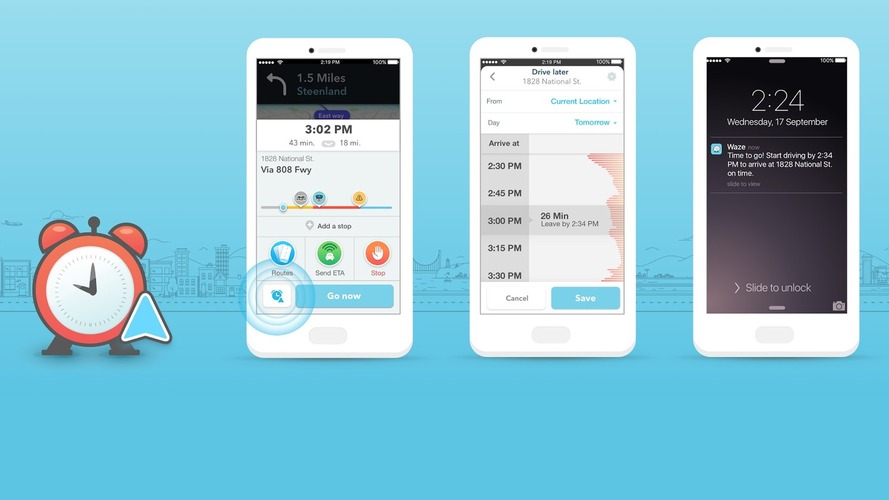 Pilot program is being run near Google's headquarters in California.

Waze is certainly one of the most useful apps for drivers and now it seems it’s about to get even better. Google is trying to grab a piece of Uber’s action by introducing a ride-share service available via its popular Waze software for mobile devices. The tech company has been running a pilot program around its headquarters in California since May to connect area workers with fellow commuters through the Waze app. The service currently targets approximately 25,000 workers from several big companies in the region, including people from Adobe, Wal-Mart, and of course, Google.

We should point out there is a difference between Google’s new ride-share service and the ones provided by Uber and Lyft. While the two competitors are basically on-demand taxi businesses, Waze has a different approach as it wants to connect people with drivers that are already heading towards the same direction. In other words, it’s basically a carpool service. The ongoing pilot program costs up to 54 cents per mile which is less than what rivals Uber and Lyft are asking.

It should be mentioned that Google is not taking any fees at the moment and wants to provide the service at fares low enough in order to discourage people from working as taxi drivers. Interestingly, the tech giant believes the income generated by drivers is not taxable since it considers the payments being made through the service as basically money for fuel.

Wall Street Journal has learned from a person familiar with the matter that Google has plans to expand the pilot program in the entire San Francisco region later this fall. Further down the line, the company might decide to test its driverless car technology through the ride-share service. Google has already said it has established an objective to introduce the tech for a marketable autonomous vehicle by 2020, but it’s unclear at this point whether it will also make the car itself or contract out manufacturing.