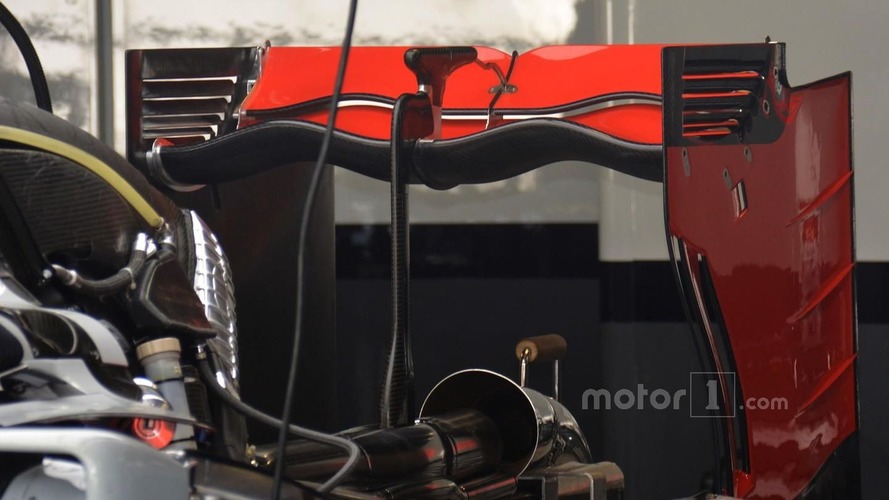 The central portion is reminiscent of what Mercedes is doing with its 'Spoon' design but rather than continue to a shorter chord outer section it has created an 'M' shape, with a double-waved design.

This is created by two short chord sections before the flaps return to a conventional chord height as the wing meets with the endplate.

This results in an endplate that still features five endplate louvres to displace the tip vortex and reduce drag whilst the shape of the top flap, which must mirror the mainplane, will have a very distinct DRS profile and could be of assistance assuming it is in the middle of the pack during the race.

Although not as aggressive, as DRS was not a consideration, it does bring to mind the rear wing used by Renault at Canada in 2010 (above).