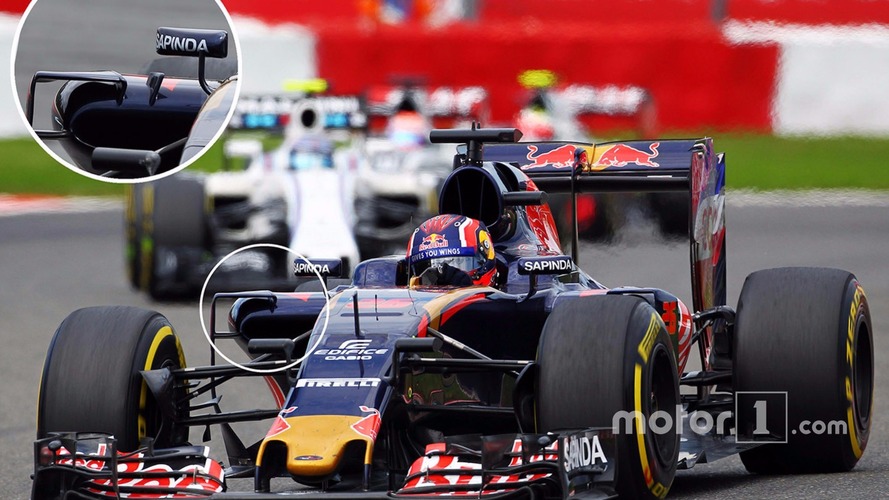 The second half of the season is proving tough for Toro Rosso and Williams, who are doing their best to stop losing ground to its main rivals.

Williams' search for performance continues, as it battles over fourth place in the championship with the other Mercedes-powered team - Force India.

Having struggled to get additional performance from updates this season, the team soldiered on in Belgium using all the components we've seen so far. 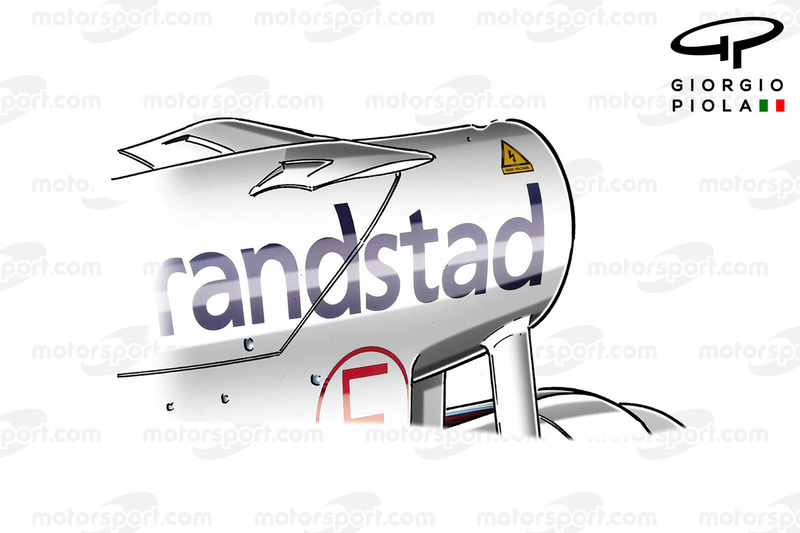 However, one thing that was was missing on the FW38 was the winglet usually mounted astride the airbox. It's believed this winglet was used to clear up airflow that would otherwise be destructive to the rear wing.

With the new wing design not operating as expected since its introduction in Baku, it seems the team have highlighted the airbox winglet as a potential problem, especially in transient conditions.

Toro Rosso had a huge package of parts that amounted to a B-Spec at the last race in Germany. However, the team wasn't happy with the overall results, expecting a leap in performance in the same realm as Force India made at Barcelona. 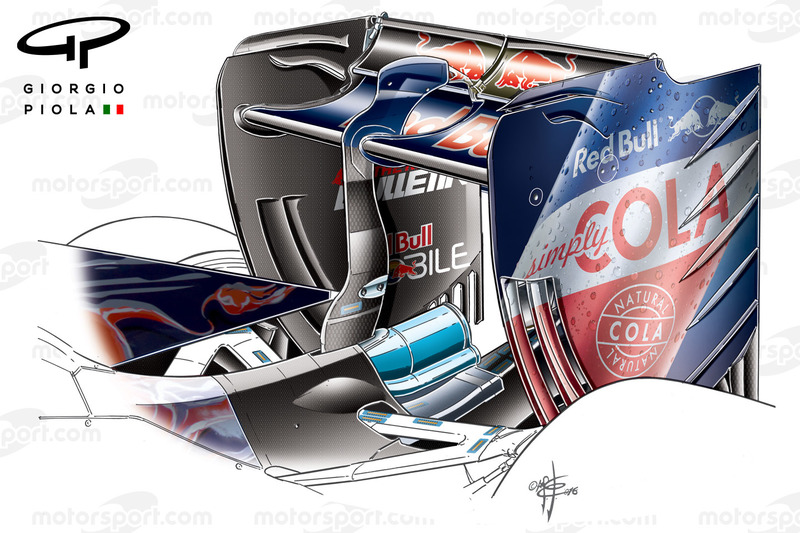 At Spa the team wanted to re-balance the car, planning to run its low-downforce rear wing (above), which features shorter chord flaps, set at a much shallower angle, and only two of the displaced endplate louvres STR pioneered this season.

In order to balance things up, the new front wing's upper flap was cut down to take some load off the front end (upper arrow), whilst the tip was also revised in order to change how the Y250 vortex forms below (lower arrow). 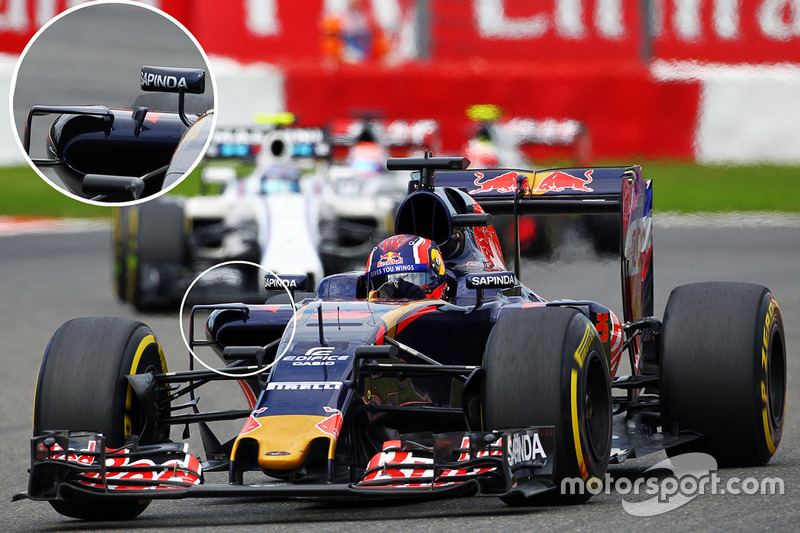 As part of the update in Germany the team reduced the number of vortex generators on the sidepod's leading edge by one, owing to the use of the conjoined vertical airflow conditioner, which arches over to meet with the sidepod's shoulder.

However, for Belgium the team went one step further, removing the other vortex generator in the hopes of changing the sidepod's aerodynamic operating window.