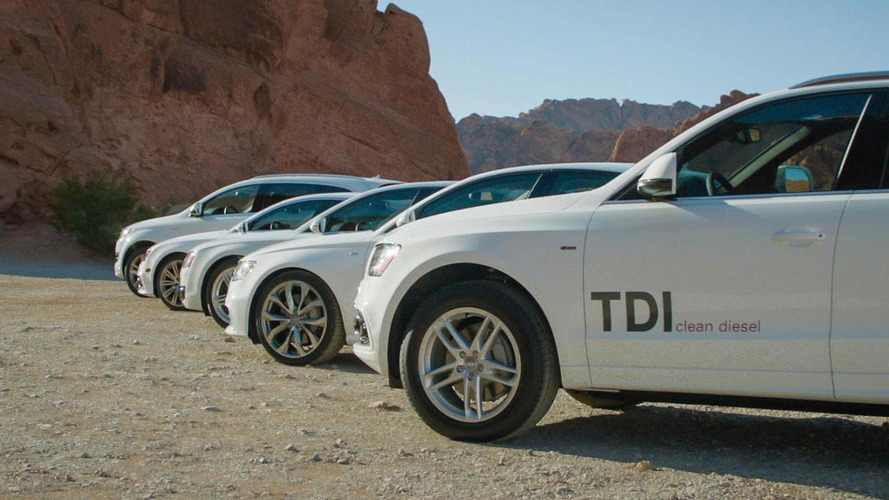 If the EPA orders a buyback, it could cost the company billions.

A top Volkswagen Group executive believes the automaker is weeks away from resolving the dispute about its polluting 3.0-liter V6 TDI engine with environmental regulators in the United States. If this actually happens, it would be a solution for 85,000 owners of Audi, Porsche, and VW models in the country.

"Hopefully in October, latest the beginning of November, we will have the final agreement with the U.S.," Dietmar Voggenreiter, global head of sales and marketing at Audi, told Reuters. He also said the automaker was in "really good discussions” with regulators.

Shortly after discovering a software defeat device in VW Group’s 2.0-liter four-cylinder diesel, the Environmental Protection Agency reported similar problems with the 3.0-liter V6, too. The company had installed the six-cylinder powerplant in high-end vehicles like the Porsche Cayenne, Audi A6, A7, A8 L, Q5, Q7, and VW Touareg. Recently, a German report claimed there were more defeat devices in the 3.0-liter engine, but the publication didn’t cite a source for the allegations.

VW Group submitted a repair proposal to environmental regulators in the U.S, but the agencies rejected the plan, calling it “incomplete and deficient in a number of areas.” Neither side ever fully clarified how the fix would have worked, but there was speculation it involved a new catalytic converter.

While Voggenreiter’s statement appears positive, we can’t be entirely sure of the outcome until the EPA makes a decision. Audi boss Rupert Stadler also seemed certain the repair proposal was satisfactory, and it was a complete failure.

If Volkswagen Group can’t come up with a satisfactory repair, the EPA could demand the automaker buyback the polluting vehicles. While there are fewer of them than in the 2.0-liter diesel campaign, these models are much more expensive, so the total cost could still be in the billions.

Some owner’s aren’t waiting for the government’s decision because a group of VW diesel V6 owners are already working on a class-action lawsuit against the automaker. They could demand a buyback for their vehicles, if these customers win their case. Any litigation will only add VW’s $332.5 million in legal fees from dealing with the diesel scandal.