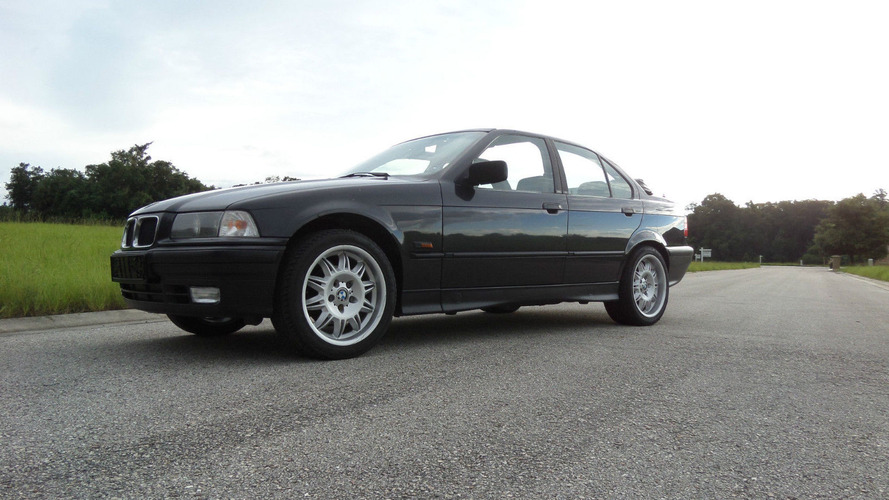 One of just 311 examples ever produced.

Most hardcore BMW historians should know the name Baur. The small coachbuilding firm was founded in 1910, and began producing convertible versions of non-convertible BMWs as far back as the early 1960s. Its first joint venture with BMW, you might remember, was the lovely 1600-2 cabriolet.

In later years though, the company began producing less pure convertibles and more targa-style tops - not only for BMW, but also Opel, and even Mercedes-Benz as late as 2002. In 1993, the new style would come to a head with the BMW 318i TC4 produced exclusively for Europe.

The TC4 was one of the most unique vehicles to be developed by Baur, and was only ever produced in a limited amount. In attempt to accent the stock 318i's styling, the car retained most of its original bodywork, including a central pillar that dissected the roof in half. The front portion of the roof opened up - nearly to the size of a sunroof - as did the rear, all the way down to the trunkline.

But with the standard 3 Series cabriolet selling alongside it, the quirky Baur example became the less successful of the two. It was quickly killed off with just 311 examples produced. That means finding one today would be like finding the Holy Grail of obscure BMWs. Lucky for you, this one managed to make its way to the U.S., and it’s for sale on eBay.

Even with 113,223 miles on the odometer and a five-speed manual, it looks to be extremely well kept. It features working air conditioning, power locks, and power windows. The seller says it’s the “very first TC4 Baur to come to the United States," so you better act quick if you want it.

The current bid sits at $5,350 per this writing, but it’s bound to get much higher than that.