Passenger seating capacity to increase by a third.

Amtrak has announced plans to introduce its next generation of high-speed trains in 2021 as a result of a huge $2.45 billion loan obtained from the federal government. The money will be put to good use as the company wants to invest in no less than 28 next-gen train sets as well as overhaul the Northeast Corridor.

Most of the loan, approximately $2 billion, will be directed towards the introduction of the new trains which according to Amtrak will be able to reach top speeds of 186 mph (300 kph). Aside from the higher velocity, the trains will also be substantially roomier by offering 33 percent more seating capacity while featuring more amenities by installing extra USB ports, outlets, and upgrading Wi-Fi quality as well. 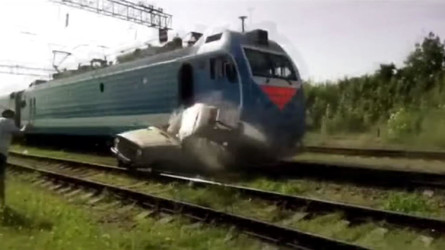 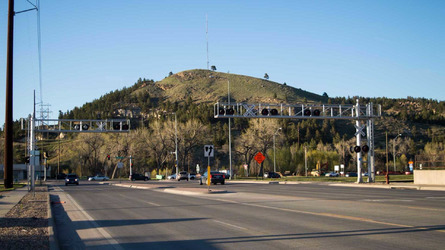 Bold Driver Fights Traffic Ticket After Getting Hit By Train

In addition, Amtrak mentions its new generation of high-speed trains will benefit from a lightweight construction and a more aerodynamic design which will cut energy consumption by approximately 20 percent. These new train sets are going to replace the existing Acela fleet and will be built in collaboration with Alstom, with 95 percent of the parts to be manufactured in United States with components provided by 350 suppliers from 30 states. The investments planned will also generate an additional 1,000 jobs across the country.

If the name Alstom is ringing a bell, that is because the company is also responsible for making France’s famous train à grande vitesse. The current TGV world speed record was established in April 2007 when a TGV managed to hit 357.2 mph (574.8 kph) on the LGV Est, a French high-speed rail line connecting Vaires-sur-Marne located near Paris and Vendenheim in the vicinity of Strasbourg.

Speaking from personal experience, one of the TGVs to Paris travels at an average speed of close to 186 mph (300 kph), peaking at almost 200 mph (322 kph), which is a lot quicker than the regular trains from Paris to Versailles. For the sake of comparison, Amtrak’s current high-speed trains max out at 150 mph (241 kph) or slightly more, as per the company’s website.

New trainsets to enter service in 2021; Station upgrades and improvements for track capacity and ride quality among infrastructure upgrades

WASHINGTON – Amtrak is contracting with Alstom to produce 28 next-generation high-speed trainsets that will replace the equipment used to provide Amtrak’s premium Acela Express service. The contract is part of $2.45 billion that will be invested on the heavily traveled Northeast Corridor (NEC) as part of a multifaceted modernization program to renew and expand the Acela Express service.

“Amtrak is taking the necessary actions to keep our customers, the Northeast region and the American economy moving forward,” said Amtrak President & CEO Joe Boardman. “These trainsets and the modernization and improvement of infrastructure will provide our customers with the mobility and experience of the future.”

The new trainsets will have one-third more passenger seats, while preserving the spacious, high-end comfort of current Acela Express service. Each trainset will have modern amenities that can be upgraded as customer preferences evolve such as improved Wi-Fi access, personal outlets, USB ports and adjustable reading lights at every seat, enhanced food service and a smoother, more reliable ride.

“As more people rely on Amtrak, we need modernized equipment and infrastructure to keep the region moving,” said Chairman of the Amtrak Board of Directors Anthony Coscia. “These trainsets will build on the popularity and demand of the current Acela Express and move this company into the future as a leader in providing world-class transportation.”

The new trainsets will operate along the Washington – New York – Boston Northeast Corridor initially at speeds up to 160 mph and will be capable of speeds up to 186 mph and thus will be able to take advantage of future NEC infrastructure improvements.

Additionally, the trainsets use the base design of one of the safest high-speed trainsets. Concentrated power cars, located at each end of the trainset, provide an extra buffer of protection. The trainsets will also meet the latest Federal Railroad Administration (FRA) guidelines including a Crash Energy Management system.

“The next generation of Acela service will mean safer, faster and modern trains for customers throughout the Northeast,” said U.S. Senator Charles Schumer. “This investment will pay immediate dividends for businesses and travelers from Washington D.C. to Boston, and the fact that these new trains will be built in Upstate New York makes this project a win-win. These New York-made Acela trains will soon be zipping along the Northeast Corridor and – as a regular customer – I can’t wait for my first ride.”

“The Northeast Corridor is a national economic engine that carries a workforce contributing $50 billion annually to the national GDP,” said U.S. Senator Cory Booker. “Amtrak’s continued investment in modernizing its fleet will only serve to enhance this vital rail link between Boston and Washington D.C. while allowing for safer and faster travel at a time when passenger demand is expected to rise. Strengthening our nation’s infrastructure is essential to the economic growth of our region and the nation and this investment by Amtrak will help ensure the reliable service travelers expect.”

Amtrak is funding the trainsets and infrastructure improvements through the FRA’s Railroad Rehabilitation & Improvement Financing program that will be repaid through growth in NEC revenues.

“Amtrak is grateful for all of the support we have received from Congress, especially from Sen. Schumer and Rep. Reed who represents Hornell, New York – home of the Alstom facility,” said Boardman. “We would also like to thank Senate Commerce Committee Chairman Thune and Ranking Member Nelson and House Transportation Committee Chairman Shuster and Ranking Member DeFazio for their leadership on the FAST Act. Additionally, we appreciate the efforts of Senators Booker and Wicker for their support on the inclusion of the rail title, the first time Amtrak reauthorization has been included in surface transportation legislation.”

In addition to the trainsets, Amtrak is also investing in infrastructure needed to improve the on-board and station customer experience that will accommodate the increased high-speed rail service levels.  Amtrak will invest in significant station improvements at Washington Union Station, Moynihan Station New York, as well as track capacity and ride quality improvements to the NEC that will benefit both Acela Express riders and other Amtrak and commuter passengers.  Amtrak will also modify fleet maintenance facilities to accommodate the new trains.

The trainsets will be manufactured at Alstom’s Hornell and Rochester, N.Y., facilities, creating 400 local jobs.  Additionally, parts for the new trainsets will come from more than 350 suppliers in more than 30 states, generating an additional 1,000 jobs across the country.

The first prototype of the new trainsets will be ready in 2019, with the first trainset entering revenue service in 2021. All of the trainsets are expected to be in service, and the current fleet retired, by the end of 2022.