Took place on the streets of Hamburg, Germany.

Organized for the first time in 2001, the ‘Smart times’ event has traveled to a different city each year. For the 2016 celebrations, fans of the Daimler-owned marque all gathered on the streets of Hamburg to try and take down the world record for the largest parade of Smart cars. No less than 1,635 vehicles took part in the parade which was organized for the first time in Germany and managed to improve the record established two years ago in Cascais, Portugal when 1,427 formed the parade.

Those who attended the Smart times 2016 had the opportunity to check out live a wide variety of regular models, limited editions, and one-offs, ranging from a ‘popemobile’ to a special car clad in wood. There was also an off-road Smart with a massive ground clearance and chunky tires, along with a super-rare Crossblade of which only 2,000 units were ever made. Looking at the attached pics, we’re not seeing some of the odd Smarts we have covered over the years, such as the six-wheeled limousine from 2015, or the pickup truck that showed up on eBay earlier this year, also with three axles.

In total, an impressive 3,167 people from all over the world joined the festivities, representing a significant increase compared to last year’s event in Budapest, Hungary when 2,476 participants came together, with 1,207 Smart cars taking part in the parade. 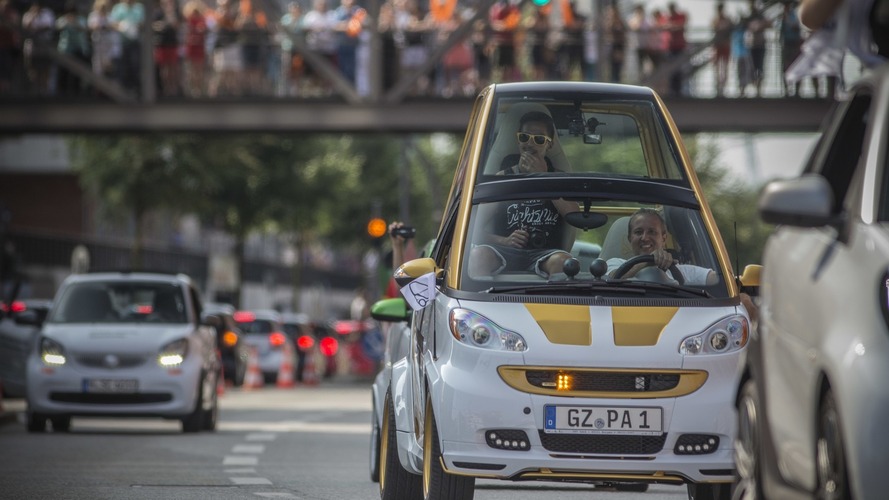 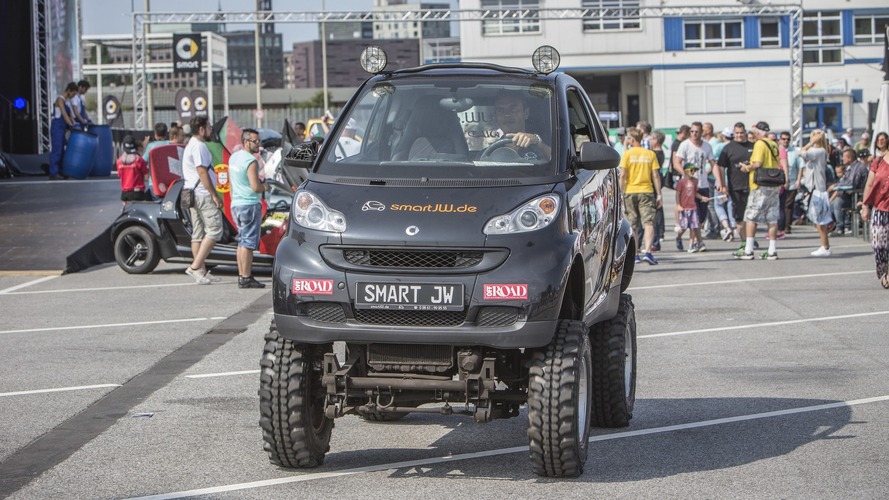 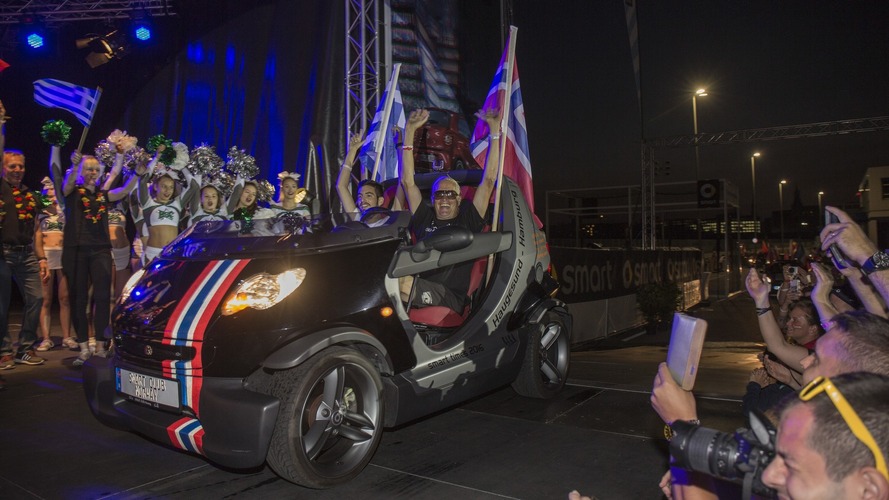 Looking ahead, the event set to be organized in 2017 is going to take place in the city of Salou, Spain where Smart is going to attempt to improve this year’s record. Perhaps the next gathering will also include some of the company’s forthcoming new models, such as the all-electric ForTwo Coupe expected to be unveiled in the near future based on a roadmap released by Mercedes last month. It’s going to be joined sometime next year by equivalent zero-emissions versions of the ForTwo Cabrio and the ForFour.

Hamburg/Stuttgart. Roadster, coupé or cabriolet? Petrol engine, diesel engine or electric drive? Two- or four-seater? Special or standard model? The variety of smart vehicles is endless - as impressively demonstrated by the 3.167 smart enthusiasts from around the world who attended the 16th smart times, the first to be held in Germany. The worldwide smart fan community gathered in Hamburg to celebrate the cult brand between 26 and 27 August 2016 and transformed the city's wholesale market into a festival of the urban lifestyle – with music, street food, a smart flea market and a test track and a visit of the two beach volleyball “golden girls” Laura Ludwig and Kira Walkenhorst. The highlight was the traditional closing parade, in which 1,635 smart vehicles were driving through the streets of Hamburg one after another. That is not just a lot: that is the new smart times record which beat to current high of 1,427 vehicles two years ago at the smart times in Cascais, Portugal. Next year, the Spanish city of Salou has the chance to set new records as this is the place where the smart times 2017 will open its gates for the smart community.

Since 2001 this unique gathering has drawn smart enthusiasts from around the world to a different European city every year. Over the course of a weekend fans are able to share their enthusiasm for the perfect city car and the spirit of the brand, chat to designers, tuners and experts, explore the city together, take part in excursions and listen to various live music acts.

This year's smart times in Hamburg wowed fans with test drives of the latest smart models, details of new services such as "smart ready to drop", outings to the beach at Sankt Peter-Ording, an exciting test track, evening parties and live appearances by local and international artists. A special appearance and surprise was made Friday evening when the German beach volleyball duo Laura Ludwig and Kira Walkenhorst drove on stage with a golden smart fortwo cabrio. Subsequently, the fans were able to get autographs of the two “golden girls”.

Throughout the event, participants and interested locals flocked to the area around Hamburg's wholesale market, which became a showcase for automotive passion and creativity. From a “popemobile” smart to one in shocking pink or wood look to a fiery motor racing or a versatile off-road smart: 2,053 vehicles on site impressively demonstrated the endless possibilities when it comes to individualising the cult car.

The highlight, as every year, was the smart parade on the Saturday. A parade of 1,635 smart vehicles made its way through the city, cheered on by locals. At the closing event on Saturday evening, especially the smart fans from Spain had another reason to celebrate: next year the worldwide fan community will be heading there to the city of Salou for another weekend of celebrations in honour of the little city runabout.