Tesla Autopilot update will steer on and off highway interchanges 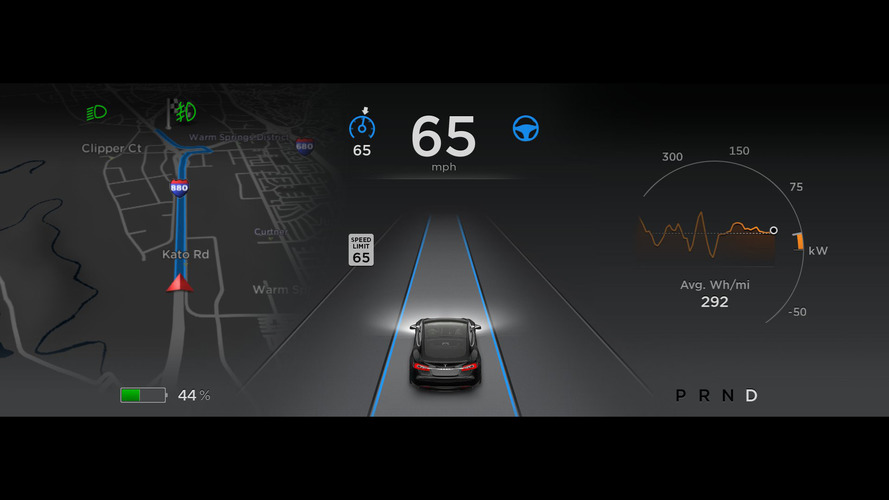 The company has even grander plans for the future.

By the time the Tesla P100D becomes the world’s quickest, mass-produced sedan in September, the EV maker’s 8.0 software update will potentially allow semi-autonomous driving over even more miles of a long-distance road trip. According to insiders to Electrek, the upgrade includes improved Autopilot that can handle interstate interchanges without driver intervention. Tesla’s latest over-the-air update should go out to Model S and Model X owners soon.

According to these anonymous sources, the Autopilot upgrade in the 8.0 software suite means a driver just needs to flick the turn signal indicator when merging from one freeway to another. When approaching the exit, the system would automatically download more precise maps that tell the vehicle where to go. The front-facing camera and radar would observe for any safety issues, and Autosteer would keep the model on the road.

The Tesla 8.0 software will reportedly include some of the biggest updates yet for Autopilot, including the ability to autonomously exit the highway. The code will also likely improve the front sensors’ traffic awareness and make Autosteer smoother. Interface updates will also give drivers a better idea about the location of surrounding traffic.

Beyond Autopilot, version 8.0 will also allegedly include upgrades to the infotainment system’s voice recognition and navigation. After receiving a command, the tech will now reportedly display it on the screen. Drivers will also be able to select whether to avoid toll roads or pick other alternative routes.

Autopilot will get an even bigger update in the future with version 2.0. Rather than just new software, there will be new sensors that will reportedly include a total of three forward-facing cameras and more radar units at the corners. Elon Musk hints that laser detection isn’t part of the new suite because the combination of radar and special code can have the same effect. The upgrades should make Autopilot safely possible on even more roads by giving the tech an even perspective on the road ahead.

After the bad press from the fatal accident by a driver using Autopilot, Tesla needs to be ready for intense scrutiny of any upgrades to the tech. Although according to Musk, the people who own the company’s vehicles still love the semi-autonomous system.